On 9 July, 1877 the first Championships began at the All England Croquet and Lawn Tennis Club in Wimbledon.

It is the oldest tennis championship in the world, and is the only ‘grand slam’ event played on grass.

There was only one event in 1877 – the gentlemen’s singles. A field of 22 took part, having paid the one guinea entry fee. It was won by 27-year-old Old Harrovian and ex-Surrey country cricketer, Spencer Gore, who defeated William Marshall 6-1, 6-2, 6-4 in front of a crowd of around 200 spectators.

Entrance fee for spectators was a shilling, and the prize for the winner was £12 – roughly £1,300 in today’s money.

Things have changed greatly since then, of course. It’s much more lucrative, for one. This year’s singles winners took home £1,760,000. First round losers were given £27,000.

There is no information about what sort of profit the first championships made. But in 1879, the first year for which figures are available, there was a ‘surplus’ of £116. In 2013, that figure was £35,107,812 – 90% of that is handed over to the Lawn Tennis Association to be used to develop British tennis. 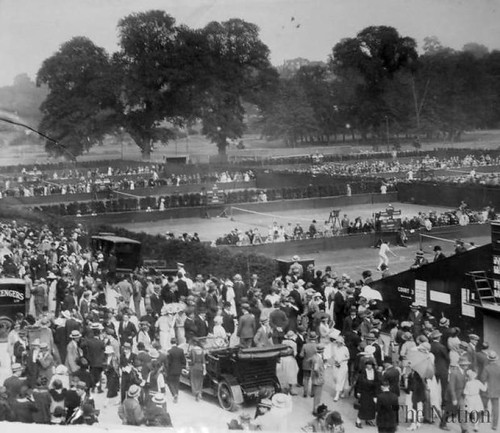 The Starfish Prime high-altitude nuclear test is conducted by the United States.