A plebiscite results in the abolition of monarchy in Greece.

The Flag of Europe is adopted by Council of Europe. 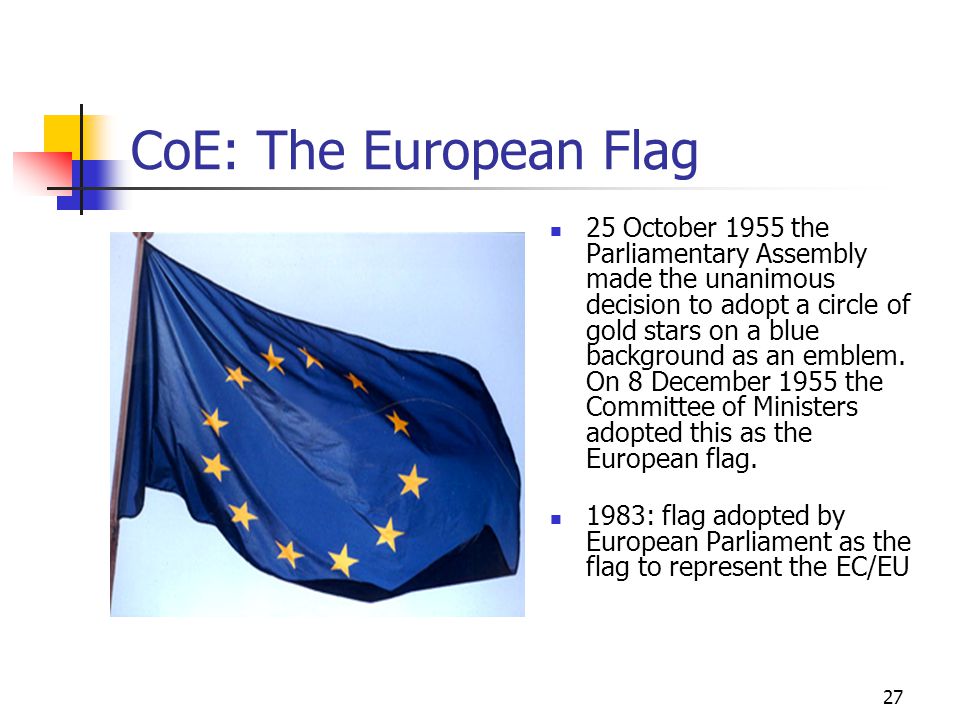 The Flag of Europe, or European Flag is an official symbol of two separate organisations—the Council of Europe and the European Union . It consists of a circle of twelve five-pointed yellow (or) stars on a blue (azure) field.

The EU inherited the flag’s use when it was formed in 1993, being the successor organisation to the EC. It has been in wide official use by the EU since the 1990s, but it has never been given official status in any of the EU’s treaties. Its adoption as an official symbol of the EU was planned as part of the proposed European Constitution, which failed to be ratified in 2005. Alternatively, it is sometimes called the Flag of the European Union when representing the EU.

Since its adoption by the European Union, it has become broadly associated with the supranational organisation, due to its high profile and heavy usage of the emblem. It has also been used by pro-EU protestors in the colour revolutions of the 2000s, e.g., in Belarus(2004) or Moldova. There are also a number of derivative designs used as logos or flags of other European organisations, and in the flags of the Republic of Kosovo (2008) and of Bosnia and Herzegovina (1998).

President Franklin D. Roosevelt declares December 7 to be “a date which will live in infamy” after Japan bomb Pearl Harbour.

John Lennon is shot and killed by Mark David Chapman.

John Lennon is shot by a mentally deranged fan in front of The Dakota in New York City.