Beslan school siege results in over 330 fatalities, including 186 children.

The Royal Exchange burns down in the Great Fire of London.

On 2 September 1666, the citizens of London woke to see the skyline above the city’s cramped wooden houses ablaze. It must have been a truly apocalyptic sight. Londoners had already lived through the devastating plague in 1665. So it was a tribute to their tenacity that they managed to pick themselves up again after the medieval city went up in smoke over just four days.

The fire started in a baker’s shop in Pudding Lane in the early hours of the morning. By the time it burned out on 5 September around 13,000 buildings had been destroyed, including the original St Paul’s Cathedral, 87 parish churches, the Guildhall, the Royal Exchange and 52 company halls. Between 65,000 and 80,000 people lost their homes, although thankfully only a handful were recorded as having been killed. The estimated cost of the fire was around £10 million.

Soon after the fire, several designs were put forward for the redevelopment of London; among them one from Christopher Wren, a favourite of King Charles II. A common theme was streets radiating out from the river and intersecting with others running parallel to it. However, a lack of money to buy the land and the need to rebuild quickly thwarted all the grand ideas. Instead, nearly 3,000 houses were built within the first three years, mostly back on the original layout. But rebuilding was an onerous task. Private householders and corporations had to rely on their own resources to rebuild properties, while public works were funded through taxes on coal.

The task of getting London rebuilt was given to a committee of six men, including Wren, known as the ‘Commissioners for Rebuilding’. Their role was to manage surveys of ruined properties and consider the form and scale of new buildings, and any alterations to the streets.

Widths of roads were set by categorising them and widening the major roads to reduce the risk of fires spreading in future. For the same reason, buildings had to be erected largely from brick and stone instead of timber, by proclamation of King Charles II. Guidelines were also issued for the height of houses according to the type of street in which they were being built, how much wood could be used on the outside and any projections, such as bow windows. There was even a new rule insisting on the use of downpipes, to stop problems with rainwater cascading down from gutters.

Although others designed and rebuilt many properties in London after the Great Fire, Wren was the most prolific architect. In total, he designed and supervised the construction of 52 churches, 36 company halls, two great hospitals, the Royal Exchange, the Theatre Royal and St Paul’s Cathedral – which took 35 years to complete. Many of these still stand today. Wren was also one of the architects of the 62m tall Monument, a memorial to the Great Fire which stands close to the site where it started. 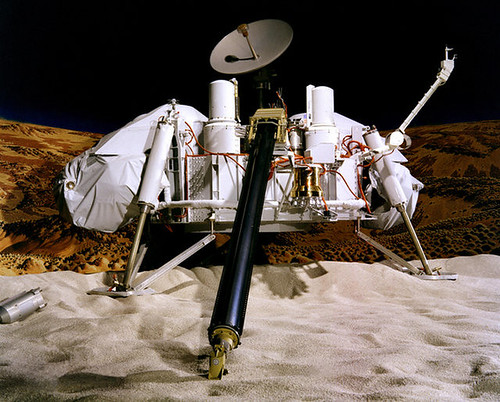 Sir Malcolm Campbell becomes the first person to drive an automobile over 300 mph at the Bonneville Salt Flats in Utah.

Sir Malcolm Campbell breaks the 300 miles per hour barrier on the Bonneville Salt Flats in Utah in an automobile.