Iran adopts a new “holy” flag after the Islamic Revolution.

First flight of the Boeing B-17 Flying Fortress.

Cape Cod, from its “fist” at Provincetown to its “elbow” off Chatham, presents almost 50 miles of coastline directly exposed to the North Atlantic, without a harbor. It has been said that if the hulls of all the vessels wrecked along the Nauset shore were placed end to end they would form a solid bulwark along the entire coast. Off the south coast Pollock Rip, Great Round Shoals, Cross Rip and Nantucket Shoals converge in the “Graveyard of the Atlantic”.

When the pilgrims arrived at Cape Cod, they soon discovered how to avoid the local hazards. The Scusset River flowed into Massachussetts Bay near the “shoulder” of the Cape, and came within a mile of the Manomet River, which flowed into Buzzards Bay. They established a post to trade with the Dutch in New Amsterdam and with local Wampanoag tribal members, and it didn’t take long for the locals to start planning how to expand this portage into an enduring link across the isthmus.

During the Revolutionary War George Washington, looking for ways to give greater security to the American fleet, commissioned Thomas Machin, an Engineer with the Continental Army, to investigate the feasibility of a canal at the Pilgrim’s crossing. His report, recommending that a Canal be built, survives as the first known Cape Cod Canal survey.

Through the nineteenth century, the passage around Cape Cod continued to be an unavoidable peril for those travelling between New England and the Mid-Atlantic States – up to 500 ships a day took the passage. Numerous surveys for a canal were conducted by various individuals and groups. Some were granted charters and a few actually began construction. But, they either ran out of money or were overwhelmed by the enormity of the project. Meanwhile, the toll of shipwrecks along the outer banks continued to mount. By the late 1880s, shipwrecks occurred at the rate of one every two weeks.

In 1904, August Belmont II became interested in the Canal project. He purchased and reorganized the Boston, Cape Cod and New York Canal Company, which had held a charter since 1899, and enlisted the services of Civil Engineer William Barclay Parsons. On June 22, 1909, he ceremoniously lifted the first shovelful of earth at Bournedale, promising “not to desert the task until the last shovelful has been dug”.

Schooners soon arrived from Maine with granite for construction of a breakwater, which they dropped into place on the east end of the Canal. Two dredges in Buzzards Bay began to work on the westerly approach. By 1910 the Canal project was fully underway; a fleet of twenty-six dredges dug from both bays towards the middle. The Buzzards Bay Railroad Bridge was completed in September of 1910, and the old Bourne and Sagamore highway bridges were completed in 1911 and 1913.

With additional dredging equipment now on site, the Canal project progressed steadily. By April 1914, only one dam separated the waters of Cape Cod Bay from Buzzards Bay. To celebrate the progress, Belmont ceremoniously blended bottles of water from both bays before opening the final sluiceway. 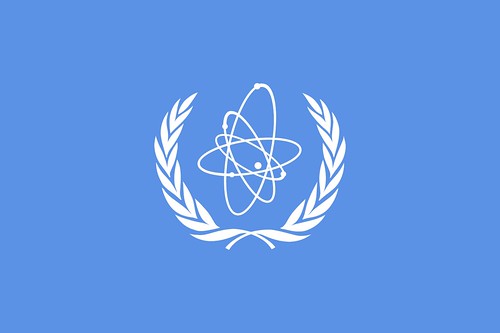 The United States and Japan sign the Harris Treaty opening ports up to trade.

A referendum in Greece, the people vote to abolish the monarchy.

Astronomers announce that they discovered the dwarf planet Eris.

Prime Minister of India and President of Sri Lanka sign the Indo-Sri Lanka Accord on ethnic issues.

The agreement to build a tunnel under the English Channel is signed by the British Prime Minister Margaret Thatcher and the President of France François Mitterrand.