A suicide bomber blows herself up at the entrance to Jerusalem’s Mahane Yehuda Market, killing seven people and wounding 104.

Approximately 50 Chechen terrorists and 150 hostages die when Russian special forces troops storm a theater building in Moscow, which had been occupied by the terrorists during a musical performance three days before.

The overcrowded Senegalese ferry, MV Le Joola, capsizes off the coast of the Gambia killing more than 1,000.

The United States pulls out of the Anti-Ballistic Missile Treaty.

Statement on Formal Withdrawal From the 1972 Anti-Ballistic Missile Treaty June 13, 2002.
Six months ago, I announced that the United States was withdrawing from the 1972 Anti-Ballistic Missile Treaty, and today that withdrawal formally takes effect. With the treaty now behind us, our task is to develop and deploy effective defenses against limited missile attacks. As the events of September 11 made clear, we no longer live in the cold war world for which the ABM Treaty was designed. We now face new threats, from terrorists who seek to destroy our civilization by any means available to rogue states armed with weapons of mass destruction and long-range missiles. Defending the American people against these threats is my highest priority as Commander in Chief.
The new strategic challenges of the 21st century require us to think differently. But they also require us to act. I call on the Congress to approve the full amount of the funding I have requested in my budget for missile defense. This will permit the United States to work closely with all nations committed to freedom to pursue the policies and capabilities needed to make the world a safer place for generations to come.

I am committed to deploying a missile defense system as soon as possible to protect the American people and our deployed forces against the growing missile threats we face. Because these threats also endanger our allies and friends around the world, it is essential that we work together to defend against them, an important task which the ABM Treaty prohibited. The United States will deepen our dialog and cooperation with other nations on missile defenses.

Last month, President Vladimir Putin and I agreed that Russia and the United States would look for ways to cooperate on missile defenses, including expanding military exercises, sharing early warning data, and exploring potential joint research and development of missile defense technologies. Over the past year, our countries have worked hard to overcome the legacy of the cold war and to dismantle its structures. The United States and Russia are building a new relationship based on common interests and, increasingly, common values. Under the Treaty of Moscow, the nuclear arsenals of our nations will be reduced to their lowest levels in decades. Cooperation on missile defense will also make an important contribution to furthering the relationship we both seek. 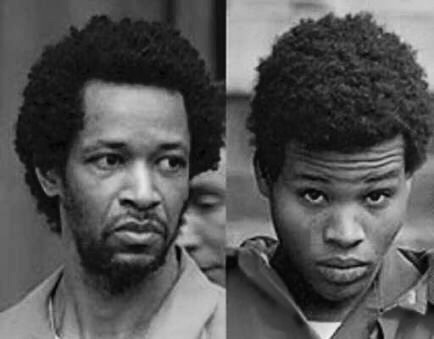 D.C. sniper attacks of 2002, shooting spree in the Washington, D.C., area that killed 10 people and injured 3 over a three-week period in October 2002. The shooters, John Muhammad and Lee Boyd Malvo, chose targets seemingly at random and brought daily life in the area to a virtual standstill.

The attacks began on October 2, 2002, when a bullet shattered the window of a craft store in Aspen Hill, Maryland, narrowly missing a cashier. Less than an hour after that incident, a 55-year-old man was shot and killed while walking across a parking lot in Wheaton, Maryland. Although the shootings were not initially recognized as being connected, law-enforcement authorities soon realized that those two acts of violence were just the first of what would be more than a dozen linked shootings over the next 23 days.

By the end of the day on October 3, five more victims had been shot and killed in the Washington metropolitan area. Investigators determined that bullets from several of the first seven shootings were fired from the same weapon—a high-powered .223-calibre rifle. On the morning of October 7, a 13-year-old boy was shot and injured in front of his middle school in Bowie, Maryland. Muhammad and Malvo left a tarot card with a note to law enforcement written on it, but it contained no specific demands. More than 30 different law-enforcement agencies at the local, state, and federal levels would ultimately work together to track, identify, and capture the parties responsible for the attacks.

Other than conflicting reports of a white van, a white box truck, and a dark Chevrolet Caprice near the scenes of the incidents, police had no clear leads. Criminal profilers predicted that the sniper was most likely a white male, but that assumption was based largely on the characteristics of past serial killers and not the sniper case itself. From October 9 to October 14, two men and a woman were killed in separate incidents in northern Virginia.

On October 19 a 13th shooting occurred at a restaurant in Ashland, Virginia. Law-enforcement officials found a second note at the crime scene, demanding money and instructing the police to call at a certain time and place. The phone number provided in the note was not valid, but technicians at the U.S. Secret Service crime lab were able to match the handwriting to the tarot card left at the scene of an earlier shooting. 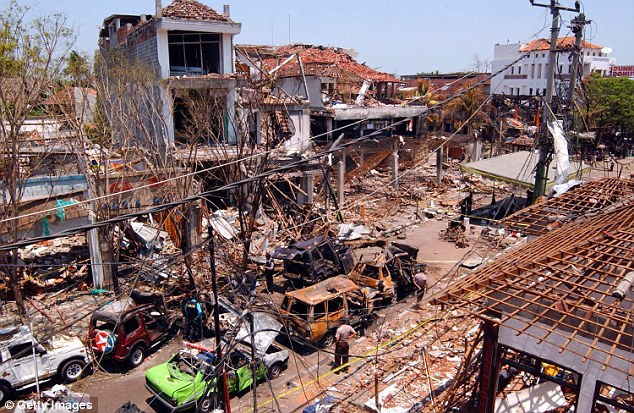 The Bali Bombings bombs are detonated in the Sari Club in Kuta, Bali.

Two bombs ripped through the Kuta area of the Indonesian tourist island of Bali on 12 October 2002, leaving 202 people dead. The Bali bombing plot were probably sown in a hotel room in southern Thailand. It was believed to have ordered a new strategy of hitting soft targets, such as nightclubs and bars rather than high-profile sites like foreign embassies. The final death toll was 202, mainly comprising Western tourists and holiday-makers in their 20s and 30s who were in or near Paddy’s Pub or the Sari Club, but also including many Balinese Indonesians working or living nearby, or simply passing by. Hundreds more people suffered horrific burns and other injuries. The largest group among those killed were holidayers from Australia with 88 fatalities. On 14 October, the United Nations Security Council passed Resolution 1438 condemning the attack as a threat to international peace and security.