The Hitler Diaries are revealed as a hoax after being examined by experts.

Harold Washington is elected as the first black mayor of Chicago. 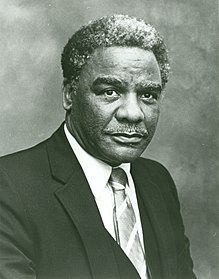 Harold Lee Washington, April 15, 1922 – November 25, 1987 was an American lawyer and politician who was the 51st Mayor of Chicago. Washington became the first African–American to be elected as the city’s mayor in February 1983. He served as mayor from April 29, 1983 until his death on November 25, 1987. Earlier, he was a member of the U.S. House of Representatives from 1981 to 1983, representing Illinois’ first district. Washington had previously served in the Illinois State Senate and the Illinois House of Representatives from 1965 until 1976.

Washington was born in Chicago, and raised in the Bronzeville neighborhood. After graduating from Roosevelt University and Northwestern University School of Law, he became involved in local 3rd Ward politics under future Congressman Ralph Metcalfe.

The earliest known ancestor of Harold Lee Washington, Isam/Isham Washington, was born a slave in 1832 in North Carolina. In 1864 he enlisted in the 8th United States Colored Heavy Artillery, Company L, in Paducah, Kentucky. Following his discharge in 1866, he began farming with his wife Rebecca Neal in Ballard County, Kentucky. Among their six children was Isam/Isom McDaniel Washington, who was born in 1875. In 1896, Mack Washington had married Arbella Weeks of Massac County, who had been born in Mississippi in 1878. In 1897, their first son, Roy L. Washington, father of Mayor Washington was born in Ballard County, Kentucky. In 1903, shortly after both families moved to Massac County, Illinois, the elder Washington died. After farming for a time, Mack Washington became a minister in the African Methodist Episcopal Church, serving numerous churches in Illinois until the death of his wife in 1952. Reverend I.M.D. Washington died in 1953.

Harold Lee Washington was born on April 15, 1922 at Cook County Hospital in Chicago, Illinois, to Roy and Bertha Washington. While still in high school in Lawrenceville, Illinois, Roy met Bertha from nearby Carrier Mills and the two married in 1916 in Harrisburg, Illinois. Their first son, Roy Jr., was born in Carrier Mills before the family moved to Chicago where Roy enrolled in Kent College of Law. A lawyer, he became one of the first black precinct captains in the city, and a Methodist minister. In 1918, daughter Geneva was born and second son Edward was born in 1920. Bertha left the family, possibly to seek her fortune as a singer, and the couple divorced in 1928. Bertha remarried and had seven more children including Ramon Price, who was an artist and eventually became chief curator of The DuSable Museum of African American History. Harold Washington grew up in Bronzeville, a Chicago neighborhood that was the center of black culture for the entire Midwest in the early and middle 20th century. Edward and Harold stayed with their father while Roy Jr and Geneva were cared by grandparents. After attending St Benedict the Moor Boarding School in Milwaukee from 1928 to 1932, Washington attended DuSable High School, then a newly established racially segregated public high school, and was a member of its first graduating class. In a 1939 citywide track meet, Washington placed first in the 110 meter high hurdles event, and second in the 220 meter low hurdles event. Between his junior and senior year of high school, Washington dropped out, claiming that he no longer felt challenged by the coursework. He worked at a meat-packing plant for a time before his father helped him get a job at the U.S. Treasury branch in the city. There he met Nancy Dorothy Finch, whom he married soon after; Washington was 19 years old and Dorothy was 17 years old. Seven months later, the U.S. was drawn into World War II with the bombing of Pearl Harbor by the Japanese on Sunday, December 7, 1941.

The United States invades Grenada, six days after Prime Minister Maurice Bishop and several of his supporters are executed in a coup. 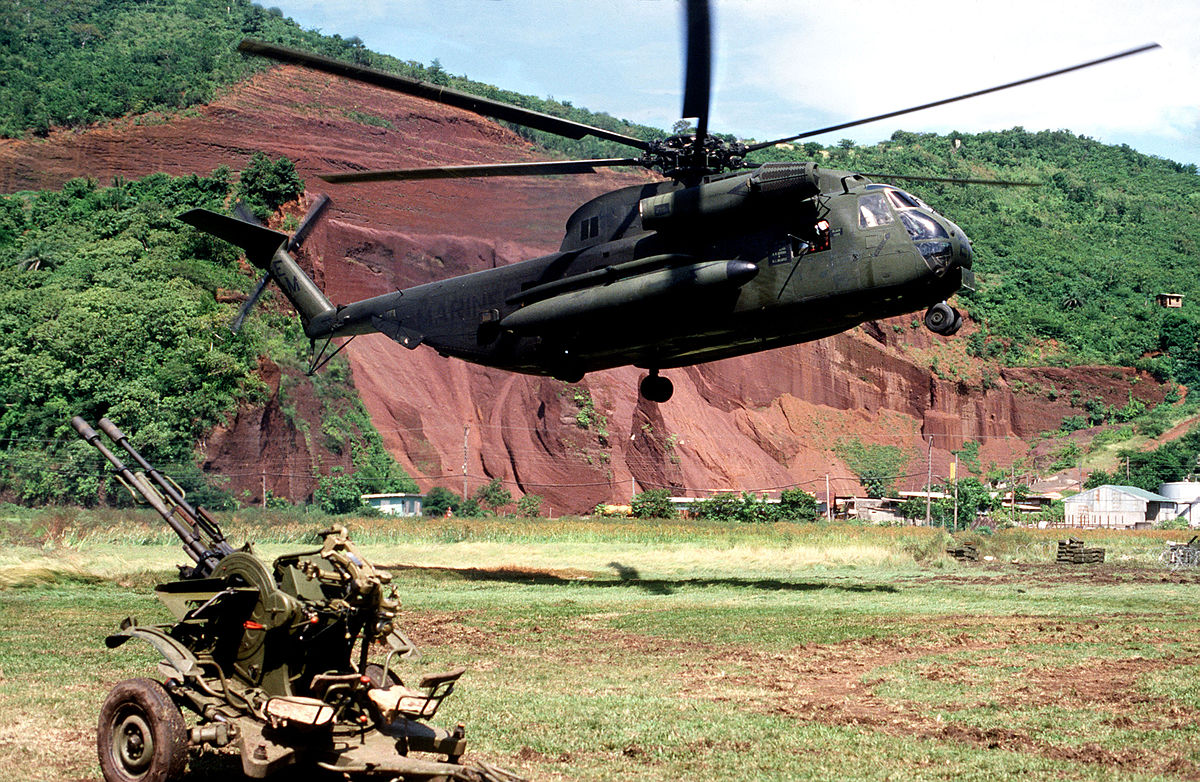 The United States invasion of Grenada began on 25 October 1983. The invasion, led by the United States, of the Caribbean island nation of Grenada, which has a population of about 91,000 and is located 160 kilometres north of Venezuela, resulted in a U.S. victory within a matter of days. Codenamed Operation Urgent Fury, it was triggered by the internal strife within the People’s Revolutionary Government that resulted in the house arrest and the execution of the previous leader and second Prime Minister of Grenada Maurice Bishop, and the establishment of a preliminary government, the Revolutionary Military Council with Hudson Austin as Chairman. The invasion resulted in the appointment of an interim government, followed by democratic elections in 1984. The country has remained a democratic nation since then.

Grenada gained independence from the United Kingdom in 1974. The Marxist-Leninist New Jewel Movement seized power in a coup in 1979 under Maurice Bishop, suspending the constitution and detaining a number of political prisoners. In 1983, an internal power struggle began over Bishop’s relatively moderate foreign policy approach, and on 19 October, hard-line military junta elements captured and executed Bishop and his partner Jacqueline Creft, along with three cabinet ministers and two union leaders. Subsequently, following appeals by the Organisation of Eastern Caribbean States and the Governor-General of Grenada, Paul Scoon, the Reagan Administration in the U.S. quickly decided to launch a military intervention. U.S. President Ronald Reagan’s justification for the intervention was in part explained as “concerns over the 600 U.S. medical students on the island” and fears of a repeat of the Iran hostage crisis.

The U.S. invasion began six days after Bishop’s death, on the morning of 25 October 1983. The invading force consisted of the U.S. Army’s Rapid Deployment Force; U.S. Marines; U.S. Army Delta Force; U.S. Navy SEALs, and ancillary forces totaling 7,600 U.S.troops, together with Jamaican forces, and troops of the Regional Security System. They defeated Grenadian resistance after a low-altitude airborne assault by Rangers on Point Salines Airport at the south end of the island, and a Marine helicopter and amphibious landing on the north end at Pearls Airport. The military government of Hudson Austin was deposed and replaced by a government appointed by Governor-General Paul Scoon.

The invasion was criticised by several countries including Canada. British Prime Minister Margaret Thatcher privately disapproved of the mission and the lack of notice she received, but publicly supported the intervention. The United Nations General Assembly, on 2 November 1983 with a vote of 108 to 9, condemned it as “a flagrant violation of international law”. Conversely, it enjoyed broad public support in the United States and, over time, a positive evaluation from the Grenadian population, who appreciated the fact that there had been relatively few civilian casualties, as well as the return to democratic elections in 1984 better source needed The U.S. awarded more than 5,000 medals for merit and valor.

The date of the invasion is now a national holiday in Grenada, called Thanksgiving Day, which commemorates the freeing, after the invasion, of several political prisoners who were subsequently elected to office. A truth and reconciliation commission was launched in 2000 to re-examine some of the controversies of the era; in particular, the commission made an unsuccessful attempt to find Bishop’s body, which had been disposed of at Hudson Austin’s order, and never found.

For the U.S., the invasion also highlighted issues with communication and coordination between the different branches of the United States military when operating together as a joint force, contributing to investigations and sweeping changes in the form of the Goldwater-Nichols Act and other reorganizations.