The rainbow flag representing gay pride is flown for the first time during the San Francisco Gay Freedom Day Parade.

On the orders of the President of Pakistan, Muhammad Zia-ul-Haq, paramilitary forces opened fire on peaceful protesting workers in Multan, Pakistan; it is known as 1978 massacre at Multan Colony Textile Mills

Former Italian Prime Minister Aldo Moro is kidnapped. (He is later murdered by his captors.)

The Kurdistan Workers’ Party (PKK) is founded in the city of Riha (Urfa) in Turkey.

A cyclone kills over 1000 people in eastern Sri Lanka.

The 1978 cyclone in Eastern province was the strongest tropical cyclone to strike Eastern province of Sri Lanka on November 23, 1978. The cyclone was started at local time 6.30 pm and continued to next day morning and damaged the areas from Trincomalee to Arugam bay. In eastern province, Akkaraipattu, Ninthavur, Kalmunai, Kaluwanchikuddy, Pattiruppu, Chettipalayam, Thalankudah, Kattankudy, Batticaloa, Eravur and Kalkudah were most affected area due to cyclone’s vortex zone.

Due to the cyclone, approximately a thousand persons died, more than one million people affected, nearly 250,000 houses partially and completely damaged, 240 school buildings damaged, one fifth of Batticaloa’s fishing fleet smashed up, 9 of the 11 paddy stores destroyed, 90 percent of the coconut plantation 28,000 odd acres of coconut plantation in the Batticaloa district destroyed. Government had spent over LKR 600 million in order to response to the disaster. A post cyclone survey found that approximately 130 miles of electric cables were laid, so many religious building were destroyed or damaged. The cyclone resulted to people suffer without electricity, water and debris of fallen buildings, trees, etc. TIROS-N was observation satellite during the disaster and it was able to inform and to capture images.

Due to Sri Lanka being very unprotected, it is prone to US Millions of damage.

Albino Luciani is elected as Pope John Paul I. 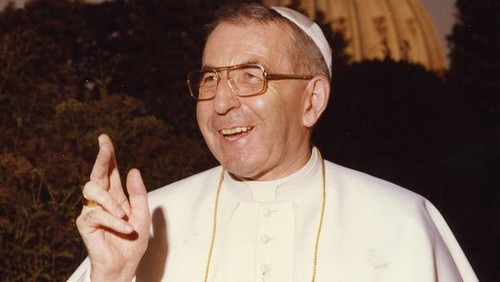 Pope John Paul I who was born Albino Luciani was a devout religious man who dedicated his life to the Catholic Church almost from the first time he could. From the time he entered the Seminary in 1923 to the time he was inaugurated as the Pope in 1978, he held a great many positions within the Catholic Church. Each of these positions marked a gradual progression through the ranks of the church until he reached the ultimate calling — that of Pope.

As Pope he combined the names of his immediate two predecessors Paul VI and John XXIII, to become Pope John Paul and was the first Pope to ever take a double name. He was always cheerful and low-key in his dealing with other people so was soon named the smiling Pope. He was reportedly also a big fan of American author Mark Twain, reading his works whenever he could.

His death is surrounded in great controversy. On the eve of September 28, 1978 he apparently died form a heart attack while reading in bed. His means of death has be greatly disputed and some including David Yallop in his book “In God’s Name” allege that Pope John Paul was poisoned in order to keep him from discovering the truth about Vatican financial misdeeds. The conspiracy theory revolves around some supposed Vatican officials who feared that if Pope John Paul had lived he would have uncovered their financial misconduct within Vatican affairs.

These same Vatican Officials supposedly then decided that Pope John Paul must be eliminated in order to protect them form prosecution. The officials then secured and used a slow acting poison that when used would cause a person to appear to have died from a heart attack. The poison was the administered to Pope John Paul over the span of a couple of days until he succumbed on September 28, 1978. To this date, none of these charges or allegations has ever led to an arrest and none have ever been proven.

Pope John Paul’s reign was short and who knows what would have happened had he lived. The next “Pope John Paul II” paid tribute to him by taking on the name of his predecessor.