First production in the UK of stainless steel by Harry Brearley.

The Greeks defeat the Bulgarians in the Battle of Doiran during the Second Balkan War. 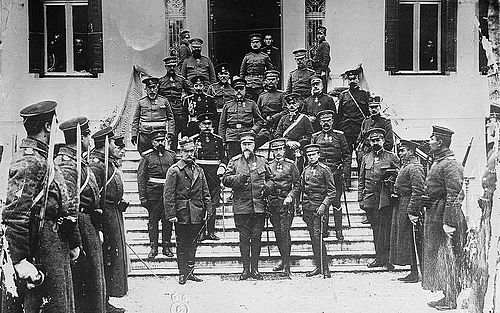 The Battle of Doiran was a battle of the Second Balkan War, fought between the Bulgarian and the Greek army. The battle took place in 23 June 1913.

The Greek armed forces, after the victory at Kilkis-Lachanas, continued their advance north and successfully engaged the Bulgarians at Lake Doiran. As a result of their subsequent defeat, the Bulgarian forces retreated further north.

The Doiran Lake was at the right wing of the Bulgarian line of defense. The 2nd Bulgarian Army was responsible for the defense of this sector. The Bulgarian artillery was for some time successful against the Greek attack.

The Bulgarians evacuated the region and retreated north after several hours of fighting. 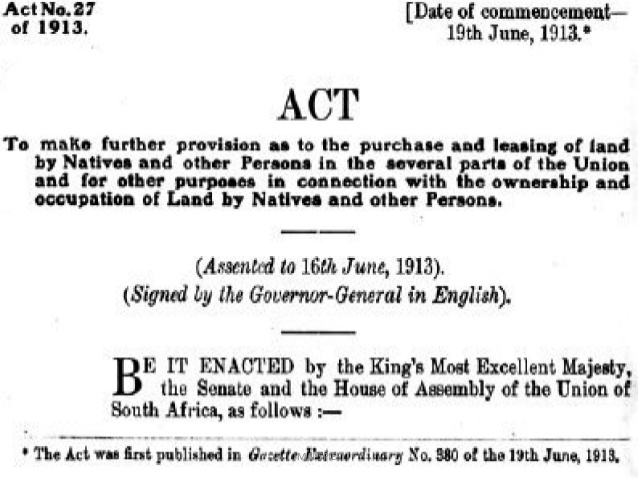 The Natives Land Act of 1913 was the first major piece of segregation legislation passed by the Union Parliament. It was replaced by the current policy of land restitution. The act decreed that whites were not allowed to buy land from natives and vice versa. That stopped white farmers from buying more native land. Exceptions had to be approved by the Governor-General. The native areas left initially totaled less than 10% of the entire land mass of the Union, which was later expanded to 13%.

The Act further prohibited the practice of serfdom or sharecropping. It also protected existing agreements or arrangement of land hired or leased by both parties.

This land was in “native reserve” areas, which meant it was under “communal” tenure vested in African chiefs: it could not be bought, sold or used as surety. Outside such areas, perhaps of even greater significance for black farming was that the Act forbade black tenant farming on white-owned land. Since so many black farmers were sharecroppers or labor tenants, that had a devastating effect, but its full implementation was not immediate. The Act strengthened the chiefs, who were part of the state administration, but it forced many blacks into the “white” areas into wage labour.

The first crossword puzzle by Arthur Wynne is published in the New York World.

A storm in the Great Lakes region destroys 19 ships and kills more than 250.

The Greeks defeat the Bulgarians in the Battle of Doiran.

During the First Balkan War, the Greek army engages the Turks at Bizani, which results in victory two days later.