Thomas Edison get a patent for his Kinetoscope, the first movie projector. 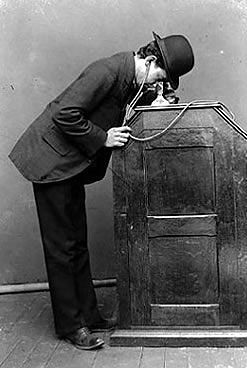 Thomas Edison receives a patent for his movie camera, the Kinetograph. Edison had developed the camera and its viewer in the early 1890s and staged several demonstrations.

The camera was based on photographic principles discovered by still-photograph pioneers Joseph Nicephone Niepce and Louis Daguerre of France. In 1877, inventor Edward Muybridge developed a primitive form of motion pictures when Leland Stanford, governor of California, invited him to develop photo studies of animals in motion. Muybridge developed an ingenious system for photographing sequential motion, setting up 24 cameras attached to trip wires stretched across a racetrack. As the horse tripped each wire, the shutters snapped. The resulting series of photos could be projected as something resembling a motion picture. This breakthrough in the early 1870s inspired another student of animal motion, Etienne Jules Marey of France, to develop in 1882 a rotating camera rather like a rifle, where different pictures were taken in a rapid sequence by a rotating cartridge.

Unlike these earlier cameras, Edison’s Kinetoscope and Kinetograph used celluloid film, invented by George Eastman in 1889. In February 1893, Edison built a small movie studio that could be rotated to capture the best available sunlight. He showed the first demonstration of his films—featuring three of his workers pretending to be blacksmiths—in May 1893.

The invention inspired French inventors Louis and August Lumiere to develop a movie camera and projector, the Cinematographe, that allowed a large audience to view a film. Several other cameras and projectors were also developed in the late 1800s.

In 1898, Edison sued American Mutoscope and Biograph Pictures, claiming that the studio had infringed on his patent for the Kinetograph. He had entrusted the development of the machine to his assistant, W.L.K. Dickson, who left Edison’s company in 1895 and helped found Biograph. However, in 1902, the U.S. Court of Appeals ruled that although Thomas Edison had patented the Kinetograph, he only owned rights to the sprocket system that moved perforated film through the camera, not the entire concept of the movie camera.

In 1909, Edison and Biograph joined forces with other filmmakers to create the Motion Pictures Patents Company, an organization devoted to protecting patents and keeping other players from entering the film industry. In 1917, the Supreme Court dissolved the trust, and the Edison Company left the film industry the same year. 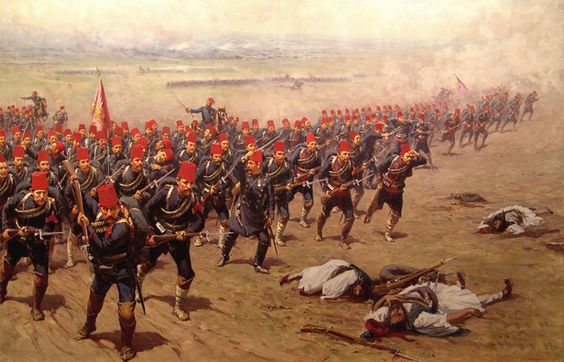 The Greco-Turkish War of 1897, also called the Thirty Days’ War and known in Greece as the Black ’97 or the Unfortunate War , was a war fought between the Kingdom of Greece and Ottoman Empire. Its immediate cause was the question over the status of the Ottoman province of Crete, whose Greek majority long desired union with Greece. Despite a decisive Ottoman military victory, an autonomous Cretan State under Ottoman suzerainty was established the following year, with Prince George of Greece and Denmark as its first High Commissioner. This was the first war effort in which the military and political personnel of Greece were put to test since the Greek War of Independence in 1821.

The most important wounds of the unfortunate war hurt Greece’s pride and prestige. Nobody ultimately assumed clear responsibility for all this; the initial anger of the throne and the successor became attenuated as time went by.
For reasons of ‘national dignity’, perhaps, the Greeks were content to adopt an anti-German attitude and the conspiratorial interpretation of history, neglecting, until recently, to examine more calmly what the Cyprian Salpix called ‘our noble blinding’.

Thomas Edison gets a patent for the Kinetoscope, the first movie projector.

The “Yes, Virginia, there is a Santa Claus” editorial is published in the New York Sun.