The novel Lord of the Flies by William Golding is first published.
[rdp-wiki-embed url=’https://en.wikipedia.org/wiki/Lord_of_the_Flies’]

The United States Constitution is signed in Philadelphia. 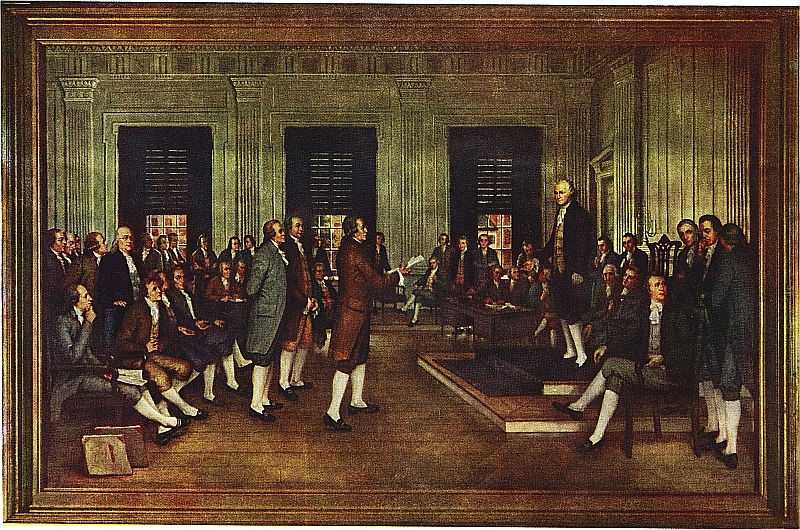 On September 17, 1787, the Constitution was signed. As dictated by Article VII, the document would not become binding until it was ratified by nine of the 13 states. Beginning on December 7, five states–Delaware, Pennsylvania, New Jersey, Georgia, and Connecticut–ratified it in quick succession. However, other states, especially Massachusetts, opposed the document, as it failed to reserve undelegated powers to the states and lacked constitutional protection of basic political rights, such as freedom of speech, religion, and the press. In February 1788, a compromise was reached under which Massachusetts and other states would agree to ratify the document with the assurance that amendments would be immediately proposed. The Constitution was thus narrowly ratified in Massachusetts, followed by Maryland and South Carolina. On June 21, 1788, New Hampshire became the ninth state to ratify the document, and it was subsequently agreed that government under the U.S. Constitution would begin on March 4, 1789. In June, Virginia ratified the Constitution, followed by New York in July.

The Battle of Sprimont is fought.

Vanessa Williams is crowned as the first black Miss America.

The Camp David Accords are signed by Egypt and Israel.