TWA Flight 800: Off the coast of Long Island, New York, a Paris-bound TWA Boeing 747 explodes, killing all 230 on board.

Disneyland is dedicated and opened by Walt Disney in Anaheim, California

On July 17, 1902, a young research engineer initialed a set of mechanical drawings designed to solve a production problem at the Sackett & Wilhelms Lithography and Printing Company in Brooklyn, New York. These were not the first drawings that 25-year-old Willis Carrier had prepared on behalf of his new employer, the Buffalo Forge Company. Since graduation from Cornell University a year earlier, this modest but gifted engineer had turned out designs for a heating plant, a lumber dry kiln and a coffee dryer, among others. Such products were the stock-in-trade of Buffalo Forge, a respected supplier of forges, fans and hot blast heaters.

This new design was different—so novel, in fact, that it would not only help to solve a problem that had long plagued printers, but would one day launch a company and create an entire industry essential to global productivity and personal comfort.

he problem began with paper. In the spring of 1902, consulting engineer Walter Timmis visited the Manhattan office of J. Irvine Lyle, the head of Buffalo Forge’s sales activities in New York. Timmis’ client, Sackett & Wilhelms, found that humidity at its Brooklyn plant wreaked havoc with the color register of its fine, multicolor printing. Ink, applied one color at a time, would misalign with the expansion and contraction of the paper stock. This caused poor quality, scrap waste and lost production days, Timmis said. Judge magazine happened to be one of the important clients whose production schedule was at risk. Timmis had some ideas about how to approach the problem but would need help. Was Buffalo Forge interested?

One of Lyle’s great skills was his ability to assess new business opportunities, and he grasped this one immediately. He knew that engineers had long been able to heat, cool and humidify air. Sometimes, as a result of cooling, they had also been able to reduce humidity. But precise control of humidity in a manufacturing environment—that was something entirely new. Lyle also had an innate ability for sizing up people. In this case, he believed he knew the engineer who could tackle this problem, a recent Cornell University graduate who had already impressed many people at Buffalo Forge. So, Lyle accepted Timmis’ challenge and sent the problem to Willis Carrier, the first step in a long and prosperous collaboration.

Lyle’s bet paid off. On October 21, 1903, he reported in a letter to his home office that, “The cooling coils which we sold this company have given excellent results during the past summer.” This confirmed his faith in both the opportunity, and in the exceptional talent of the young engineer who had directed the project. Willis Carrier had demonstrated the intellect, creativity and vision to assemble everything that had gone on before him, improve upon it, and create something entirely new.

The drawings were dated July 17, 1902. After that, nothing would be the same. Modern air conditioning was born.

Malaysia Airlines Flight 17 is shot down near the border between Ukraine and Russia. 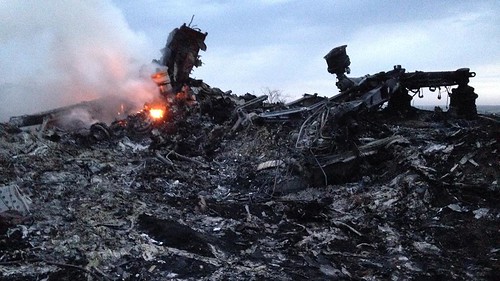 A Malaysia Airlines passenger jet crashed in a rebel-controlled part of eastern Ukraine on Thursday, spurring swift accusations from Ukrainian officials that “terrorists” shot down the aircraft.

The United States has concluded a missile shot down the plane, but hasn’t pinpointed who was responsible, a senior U.S. official told CNN’s Barbara Starr.

The Boeing 777 with 298 people aboard fell from the sky near the town of Torez in the Donetsk region of eastern Ukraine, officials said. A top Ukrainian official said the plane, which was on the way from Amsterdam to Kuala Lumpur, was flying at about 10,000 meters (nearly 33,000 feet) when the missile hit.

The Obama administration believes Ukraine did not have the capability in the region — let alone the motivation — to shoot down the plane, a U.S. official told CNN’s Jake Tapper.

The national drinking age in the United States was increased from 18 to 21.

The Shooting of the Romanov royal family.

A riot takes place between the Nazi Party paramilitary forces, the SS and SA, and the German Communist Party.

In Papua New Guinea, a tsunami triggered by an undersea earthquake destroys 10 villages and kills an estimated 3000 people.

The walkway at the Hyatt Regency in Kansas City, Missouri collapses killing 114 people and injuring more than 200.

Off the coast of Long Island, New York, a Paris-bound TWA Flight 800 explodes, killing all on board.