Time Warner is formed by the merger of Time Inc. and Warner Communications.

Tashkent Declaration, a peace agreement between India and Pakistan signed that resolved the Indo-Pakistani War of 1965. 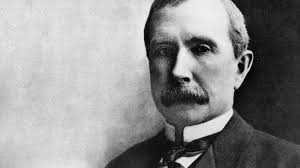 By the end of the American Civil War, Cleveland was one of the five main refining centers in the U.S.. By 1869 there was triple the kerosene refining capacity than needed to supply the market, and the capacity remained in excess for many years.

On January 10, 1870, Rockefeller abolished the partnership of Rockefeller, Andrews & Flagler, forming Standard Oil of Ohio. Continuing to apply his work ethic and efficiency, Rockefeller quickly expanded the company to be the most profitable refiner in Ohio. Likewise, it became one of the largest shippers of oil and kerosene in the country. The railroads competed fiercely for traffic and, in an attempt to create a cartel to control freight rates, formed the South Improvement Company offering special deals to bulk customers like Standard Oil, outside the main oil centers. The cartel offered preferential treatment as a high-volume shipper, which included not just steep discounts/rebates of up to 50% for their product but rebates for the shipment of competing products.

Part of this scheme was the announcement of sharply increased freight charges. This touched off a firestorm of protest from independent oil well owners, including boycotts and vandalism, which led to the discovery of Standard Oil’s part in the deal. A major New York refiner, Charles Pratt and Company, headed by Charles Pratt and Henry H. Rogers, led the opposition to this plan, and railroads soon backed off. Pennsylvania revoked the cartel’s charter, and non-preferential rates were restored for the time being. While competitors may have been unhappy, Rockefeller’s efforts did bring American consumers cheaper kerosene and other oil by-products. Before 1870, oil light was only for the wealthy, provided by expensive whale oil. During the next decade, kerosene became commonly available to the working and middle classes.

Undeterred, though vilified for the first time by the press, Rockefeller continued with his self-reinforcing cycle of buying the least efficient competing refiners, improving the efficiency of his operations, pressing for discounts on oil shipments, undercutting his competition, making secret deals, raising investment pools, and buying rivals out. In less than four months in 1872, in what was later known as “The Cleveland Conquest” or “The Cleveland Massacre,” Standard Oil absorbed 22 of its 26 Cleveland competitors. Eventually, even his former antagonists, Pratt and Rogers, saw the futility of continuing to compete against Standard Oil; in 1874, they made a secret agreement with Rockefeller to be acquired.

Standard Oil Trust Certificate 1896
Pratt and Rogers became Rockefeller’s partners. Rogers, in particular, became one of Rockefeller’s key men in the formation of the Standard Oil Trust. Pratt’s son, Charles Millard Pratt, became secretary of Standard Oil. For many of his competitors, Rockefeller had merely to show them his books so they could see what they were up against and then make them a decent offer. If they refused his offer, he told them he would run them into bankruptcy and then cheaply buy up their assets at auction. However, he did not intend to eliminate competition entirely. In fact, his partner Pratt said of that accusation “Competitors we must have … If we absorb them, it surely will bring up another.”

Instead of wanting to eliminate them, Rockefeller saw himself as the industry’s savior, “an angel of mercy” absorbing the weak and making the industry as a whole stronger, more efficient, and more competitive. Standard was growing horizontally and vertically. It added its own pipelines, tank cars, and home delivery network. It kept oil prices low to stave off competitors, made its products affordable to the average household, and, to increase market penetration, sometimes sold below cost. It developed over 300 oil-based products from tar to paint to petroleum jelly to chewing gum. By the end of the 1870s, Standard was refining over 90% of the oil in the U.S.[54] Rockefeller had already become a millionaire.

He instinctively realized that orderliness would only proceed from centralized control of large aggregations of plant and capital, with the one aim of an orderly flow of products from the producer to the consumer. That orderly, economic, efficient flow is what we now, many years later, call ‘vertical integration’ I do not know whether Mr. Rockefeller ever used the word ‘integration’. I only know he conceived the idea.

—?A Standard Oil of Ohio successor of Rockefeller

Share of the Standard Oil Company, issued May 1, 1878
In 1877, Standard clashed with Thomas A. Scott, the president of the Pennsylvania Railroad, Standard’s chief hauler. Rockefeller envisioned pipelines as an alternative transport system for oil and began a campaign to build and acquire them. The railroad, seeing Standard’s incursion into the transportation and pipeline fields, struck back and formed a subsidiary to buy and build oil refineries and pipelines.

Standard countered, held back its shipments, and, with the help of other railroads, started a price war that dramatically reduced freight payments and caused labor unrest. Rockefeller prevailed and the railroad sold its oil interests to Standard. In the aftermath of that battle, the Commonwealth of Pennsylvania indicted Rockefeller in 1879 on charges of monopolizing the oil trade, starting an avalanche of similar court proceedings in other states and making a national issue of Standard Oil’s business practices. Rockefeller was under great strain during the 1870s and 1880s when he was carrying out his plan of consolidation and integration and being attacked by the press. He complained that he could not stay asleep most nights. Rockefeller later commented:

All the fortune that I have made has not served to compensate me for the anxiety of that period.

At least 56 dies as the result of a mass poisoning at a funeral in Mozambique involving beer that was deliberately contaminated with crocodile bile. 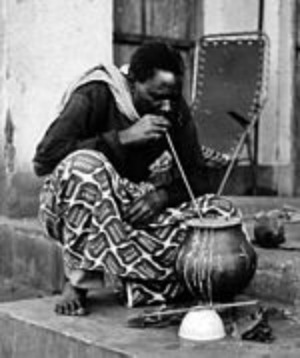 On 10 January 2015, authorities in Mozambique reported that 56 people had died and nearly 200 were hospitalized after drinking contaminated beer at a funeral on 9 January. According to local officials, all of the people affected had consumed the local beer, pombe, which they said was likely poisoned with crocodile bile. However, a Forbes article opposed this hypothesis and instead pointed to the toxic flowering plant foxglove as the likely source of the poison. Local officials said that people who had consumed the beer complained about muscle pains and diarrhea. Samples of beer and blood were sent to the capital city of Maputo for laboratory testing. It was eventually determined that the deaths and illnesses were a result of bacterial contamination of the beer.

Radio Mozambique reported that 56 people from the villages of Chitima and Songo, both in Tete Province, had died. 196 were hospitalized after a funeral on 9 January, in the western part of the country. Those affected had consumed home-made pombe beer, a traditional fermented beverage in Mozambique, made of sorghum, bran, corn, sugar, with Schizosaccharomyces pombe yeast.

Among the first reported dead on the following day were the drink stand owner, two of her relatives and four neighbors. The district director of Health, Women and Social Action in Cahora Bassa region, Paula Bernardo, said that area hospitals were flooded with people suffering from cramps and diarrhea and that more people had died. As of 12 January, 169 people remained hospitalized, and that number dropped to 35 on the 13th. The president of Mozambique, Armando Guebuza, announced three days of national mourning.

During the American Civil War, Florida secedes from the Union.

Florida joined the Confederate States of America at the beginning of the Civil War, as third of the original seven states to secede from the Union, following Lincoln’s 1860 election. With the smallest population, nearly half of them slaves, Florida could only send 15,000 troops to the Confederate States Army. Its chief importance was in food-supply to the south, and support for blockade-runners, with its long coastline full of inlets, hard to patrol.

On the outbreak of war, the Confederates seized many of the state’s army camps, though the Union retained control of the main seaports. But there was little fighting in Florida, the only major conflict being the Battle of Olustee near Lake City in February 1864. However, wartime conditions made it easier for slaves to escape, and many of them became useful informers to Union commanders. As southern morale suffered, deserters from both sides took refuge in Florida, often attacking Confederate units and looting farms. Tallahassee became the second-last Confederate state capital to fall to the Union army. In May 1865, Federal control was re-established, slavery abolished, and the state governor John Milton shot himself, rather than submit to Union occupation.

Napoleon Bonaparte get a divorce from his first wife Josephine.

The underground railway between the London Paddington station and Farringdon station opens.

The Treaty of Versailles takes effect that officially ends World War I.