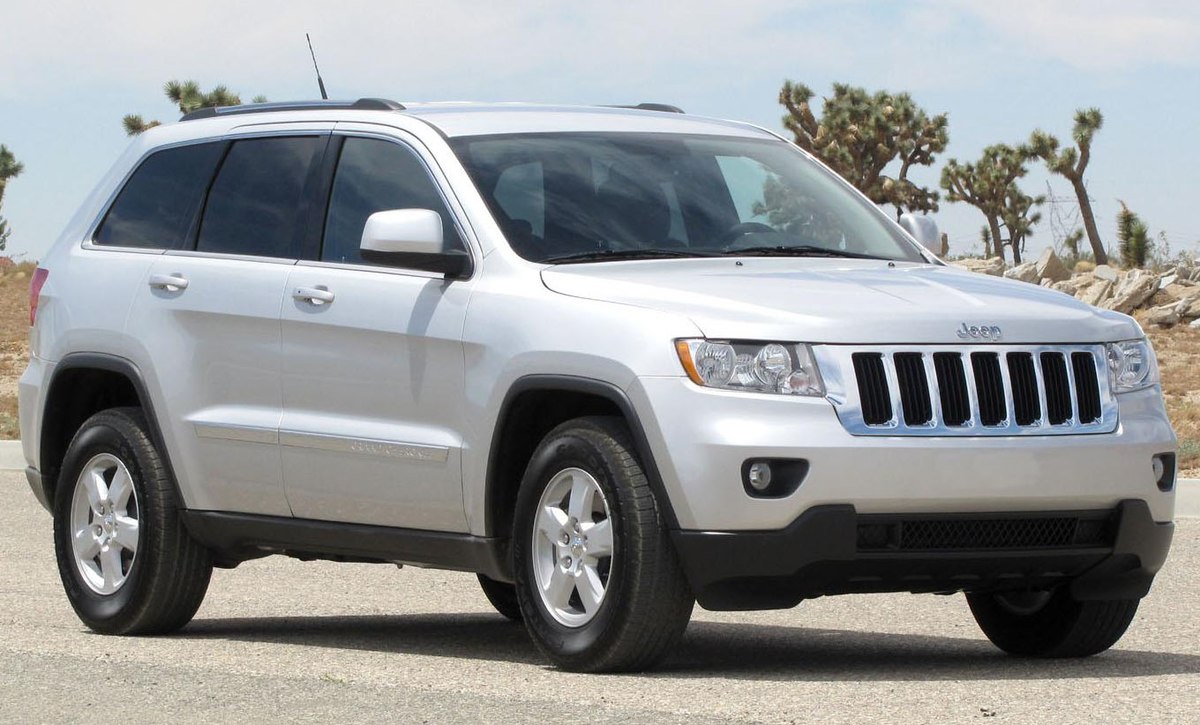 The Grand Cherokee’s origins date back to 1983 when American Motors Corporation was designing a successor to the smaller Jeep Cherokee. Three outside designers—Larry Shinoda, Alain Clenet, and Giorgetto Giugiaro—were also under contract with AMC to create and build a clay model of the Cherokee XJ replacement, then known as the “XJC” project. However, the basic design for the Cherokee’s replacement was well under way by AMC’s in-house designers and the 1989 Jeep Concept 1 show car foretold the basic design.

As AMC began development of the next Jeep in 1985, management created a business process that is now known as product lifecycle management. According to François Castaing, Vice President for Product Engineering and Development, the smallest U.S. automaker was looking for a way to speed up its product development process to compete better against its larger competitors. The XJC’s development was aided by computer-aided design software systems making the engineers more productive while new communication allowed potential conflicts to be resolved faster thus reducing costly engineering changes because all drawings and documents were in a central database. The system was so effective that after Chrysler purchased AMC in 1987, it expanded the system throughout its enterprise, thus connecting everyone involved in designing and building products.

The Grand Cherokee thus became the first Chrysler-badged Jeep product. Development work for the new Jeep model continued and Chrysler’s employees were eager for a late-1980s release date; however, CEO Lee Iacocca was pushing for redesigned Chrysler minivans, thus delaying the Grand Cherokee’s release until late-1992 as an Explorer competitor. Unlike the Explorer, the Grand Cherokee utilized monocoque (unibody) construction, whereas the Explorer was a derivative of the Ranger pickup with a separate body-on-frame.

The Grand Cherokee debuted in grand fashion at the 1992 North American International Auto Show in Detroit, Michigan. The vehicle that was driven was a Poppy Red Clear Coat 1993 Grand Cherokee ZJ Laredo with a quartz cloth interior and high-back bucket seats. Then Chrysler president Robert Lutz drove Detroit mayor, Coleman Young, from the Jefferson North Assembly Plant on North Jefferson Avenue via a police escort to Cobo Hall, up the steps of Cobo Hall and through a plate glass window to show off the new vehicle. Sales of the 1993 model year Grand Cherokee began in April 1992.

Production of the Grand Cherokee started shortly afterward in the purpose-built Jefferson North Assembly in Detroit, Michigan. European Grand Cherokees are manufactured in Austria by Magna Steyr. The Grand Cherokee “played a significant part in reviving Chrysler’s fortunes by moving it into the then nascent market for high-margin sports utility vehicles.

Upon its introduction, it was the first USA-manufactured automobile using HFC-134a refrigerant in place of HCFC-12 for the HVAC system.