The Trans-Alaska Pipeline System is finished. 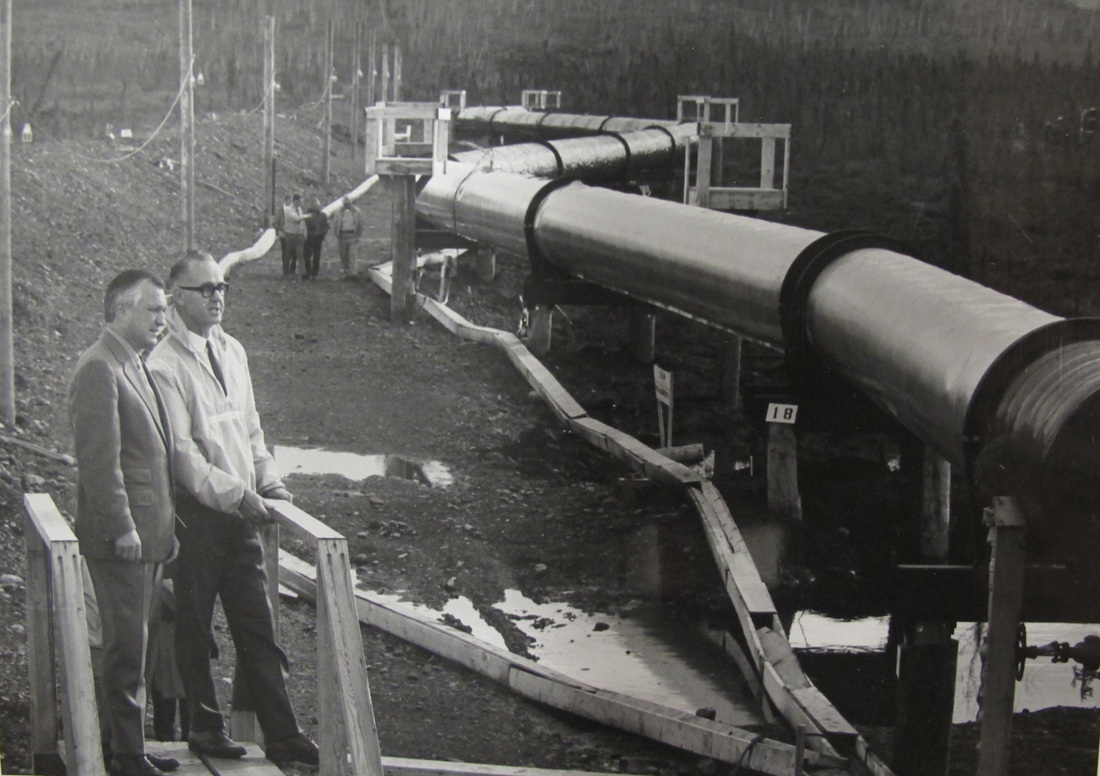 With the laying of the first section of pipe on March 27, 1975, construction began on what at the time was the largest private construction project in American history.A deciding vote in the U.S. Senate by Vice President Spiro Agnew had passed the Trans-Alaska Pipeline Authorization Act on July 17, 1973.

Years of debate about the project’s environmental impact escalated. Concerns were raised about earthquakes and elk migrations.The 800-mile Trans-Alaska Pipeline system, including pumping stations, connecting pipelines, and the ice-free Valdez Marine Terminal, ended up costing billions. The last pipeline weld was completed on May 31, 1977.

On June 20, 1977, oil from the North Slope’s Prudhoe Bay field began flowing to the port of Valdez at four miles an hour through the 48-inch-wide pipe. It arrived at the port 38 days later.The completed pipeline system, at a cost of $8 billion, including terminal and pump stations, will transport about 20 percent of U.S. petroleum production.

Tax revenues alone earned Alaskans about $50 billion by 2002.Special engineering was required to protect the environment in difficult construction conditions, according to Alyeska Pipeline Service Company.

Details about the pipeline’s history include:Oil was first discovered in Prudhoe Bay on the North Slope in 1968.
Alyeska Pipeline Service Company was established in 1970 to design, construct, operate and maintain the pipeline.
The Trans-Alaska Pipeline System cross the ranges of the Central Arctic heard on the North Slope and the Nelchina Herd in the Copper River Basin.

The Valdez Terminal covers 1,000 acres and has facilities for crude oil metering, storage, transfer and loading.
The pipeline project involved some 70,000 workers from 1969 through 1977.The first pipe of the Trans-Alaska Pipeline System was laid on March 27, 1975. Last weld was completed May 31, 1977.The pipeline is often referred to as “TAPS” – an acronym for the Trans Alaska Pipeline System.First oil moved through the pipeline on June 20, 1977.

Famous Words of Inspiration...
"Let us live so that when we come to die even the undertaker will be sorry."
Mark Twain
— Click here for more from Mark Twain