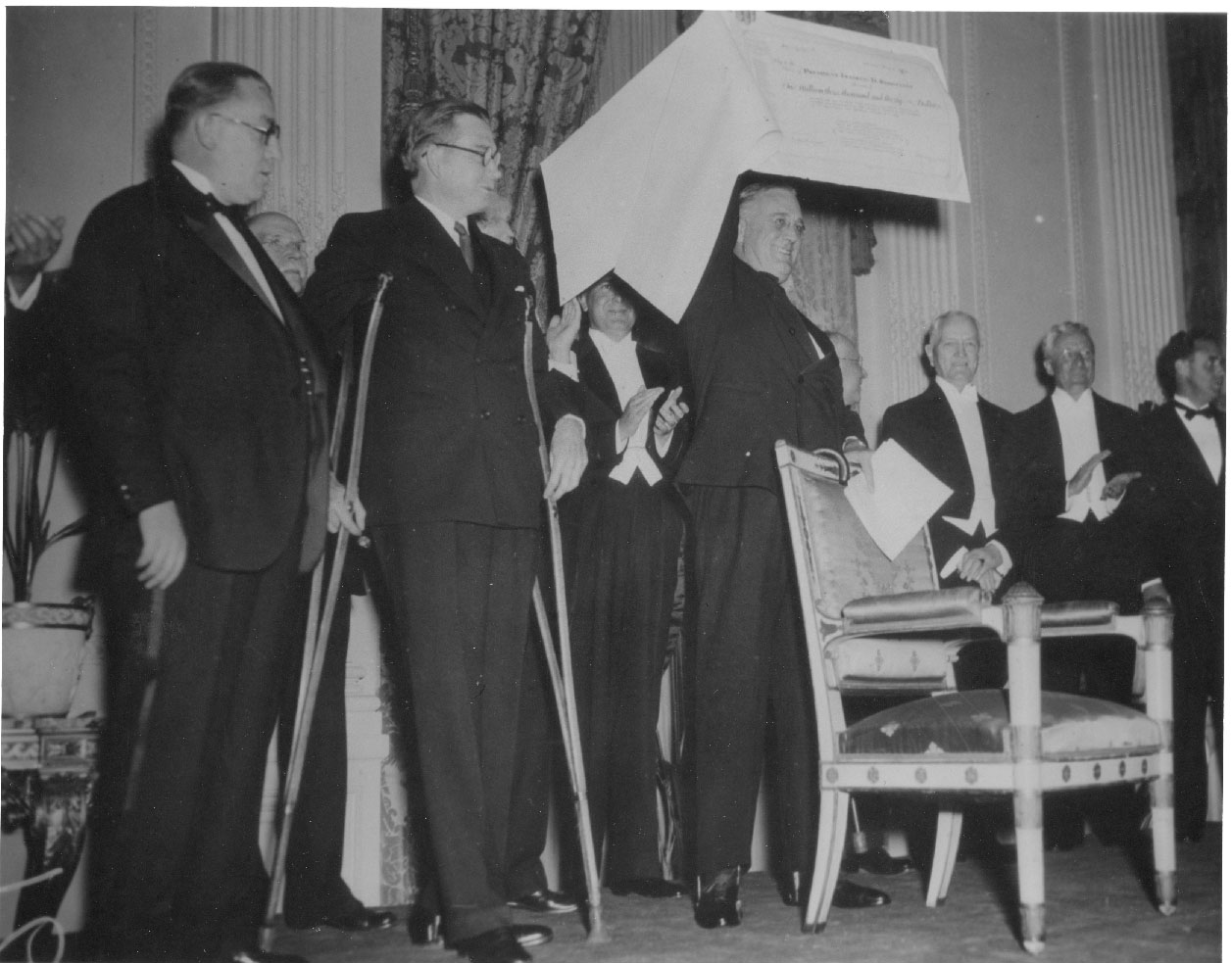 Franklin Delano Roosevelt, an adult victim of polio, founds the National Foundation for Infantile Paralysis, which he later renamed the March of Dimes Foundation, on this day in 1938. A predominantly childhood disease in the early 20th century, polio wreaked havoc among American children every summer. The virus, which affects the central nervous system, flourished in contaminated food and water and was easily transmitted. Those who survived the disease usually suffered from debilitating paralysis into their adult lives. In 1921, at the relatively advanced age of 39, Roosevelt contracted polio and lost the use of his legs. With the help of the media, his Secret Service and careful event planning, Roosevelt managed to keep his disease out of the public eye, yet his personal experience inspired in him an empathy with the handicapped and prompted him to the found the March of Dimes.