Former Egyptian President Hosni Mubarak is sentenced to life imprisonment for his role in the killing of demonstrators during the 2011 Egyptian revolution. 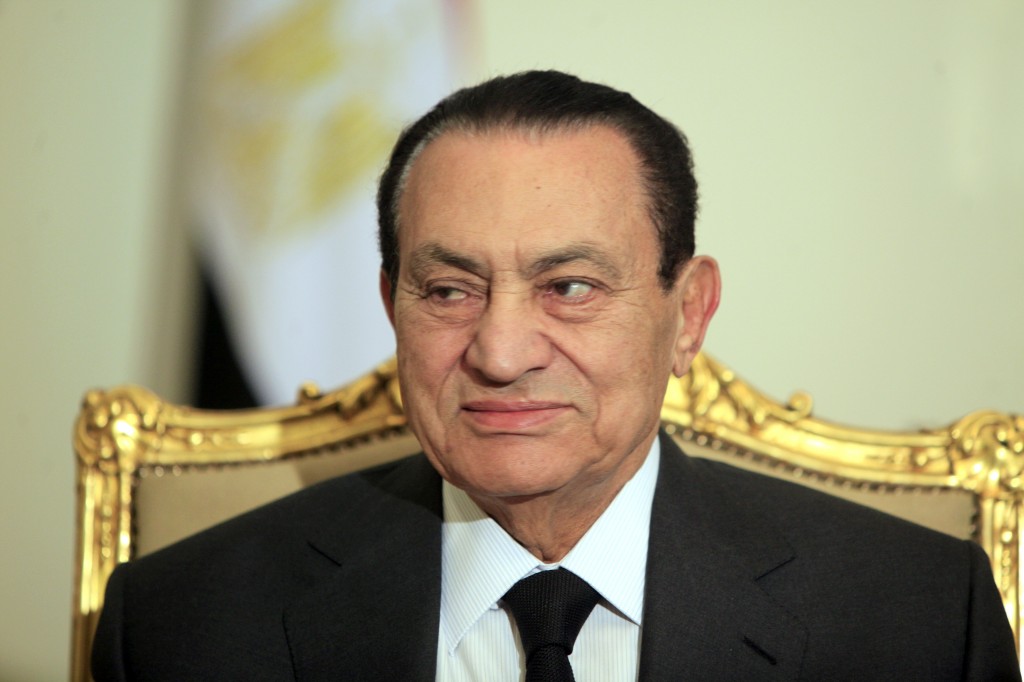 On 24 May 2011, Mubarak was ordered to stand trial on charges of premeditated murder of peaceful protesters during the revolution and, if convicted, could face the death penalty. The decision to try Mubarak was made days before a scheduled protest in Tahrir Square. The full list of charges released by the public prosecutor was “intentional murder, attempted killing of some demonstrators … misuse of influence, deliberately wasting public funds and unlawfully making private financial gains and profits”.

On 28 May, a Cairo administrative court found Mubarak guilty of damaging the national economy during the protests by shutting down the Internet and telephone services. He was fined LE200 million—about US$33.6 million—which the court ordered he must pay from his personal assets. This was the first court ruling against Mubarak, who would next have to answer to the murder charges.

The trial of Hosni Mubarak, his sons Ala’a and Gamal, former interior minister Habib el-Adly and six former top police officials began on 3 August 2011 at a temporary criminal court at the Police Academy in north Cairo. They were charged with corruption and the premeditated killing of peaceful protesters during the mass movement to oust the Mubarak government, the latter of which carries the death penalty. The trial was broadcast on Egyptian television; Mubarak made an unexpected appearance—his first since his resignation. He was taken into the court on a hospital bed and held in a cage for the session. Upon hearing the charges against him, Mubarak pleaded not guilty. Judge Ahmed Refaat adjourned the court, ruling that Mubarak be transferred under continued arrest to the military hospital on the outskirts of Cairo. The second court session scheduled for 15 August. On 15 August, the resumed trial lasted three hours. At the end of the session, Rifaat announced that the third session would take place on 5 September and that the remainder of the proceedings would be off-limits to television cameras.

The trial resumed in December 2011 and lasted until January 2012. The defense strategy was that Mubarak never actually resigned, was still president, and thus had immunity. On 2 June 2012, Mubarak was found guilty of not halting the killing of protesters by the Egyptian security forces; he was sentenced to life imprisonment. The court found Mubarak not guilty of ordering the crackdown on Egyptian protesters. All other charges against Mubarak, including profiteering and economic fraud, were dismissed. Mubarak’s sons, Habib el-Adly, and six senior police officials were all acquitted for their roles in the killing of demonstrators because of a lack of evidence.[97] According to The Guardian, the relatives of those killed by Mubarak’s forces were angered by the verdict. Thousands of demonstrators protested the verdict in Tahrir Square, Arbein Square and Al-Qaed Ibrahim Square.

In January 2013, an appeals court overturned Mubarak’s life sentence and ordered a retrial. He remained in custody and returned to court on 11 May 2013 for a retrial on charges of complicity in the murder of protesters. On 21 August 2013, a Cairo court ordered his release. Judicial sources confirmed that the court had upheld a petition from Mubarak’s longtime lawyer that called for his release. A day later, interim prime minister Hazem El Beblawiordered that Mubarak be put under house arrest.

On 21 May 2014, while awaiting retrial, Mubarak and his sons were convicted on charges of embezzlement; Mubarak was sentenced to three years in prison, while his sons received four-year sentences. The three were fined the equivalent of US$2.9 million, and were ordered to repay US$17.6 million.

In November 2014, conspiracy to kill charges were dismissed by the Cairo Criminal Court on a technicality. The court also cleared Mubarak of corruption charges. On 13 January 2015, Egypt’s Court of Cassation overturned Mubarak’s and his sons’ embezzlement charges, the last remaining conviction against him, and ordered a retrial. A retrial on the corruption charges led to a conviction and sentencing to three years in prison in May 2015 for Mubarak, with four-year terms for his sons, Gamal and Alaa. It was not immediately clear whether the sentence would take into account time already served – Mubarak and his sons have already spent more than three years in prison, so potentially will not have to serve any additional time. Supporters of Mubarak jeered the decision when it was announced in a Cairo courtroom on 9 May. The sentence also included a 125 million Egyptian pound fine, and required the return of 21 million embezzled Egyptian pounds. These amounts were previously paid after the first trial.

Share on Facebook Share
Share on TwitterTweet
Share on LinkedIn Share
Famous Words of Inspiration...
"I argue very well. Ask any of my remaining friends. I can win an argument on any topic, against any opponent. People know this, and steer clear of me at parties. Often, as a sign of their great respect, they don't even invite me."
Dave Barry
— Click here for more from Dave Barry