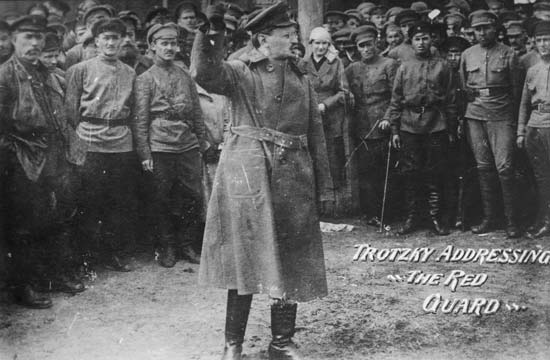 Leon Trotsky is a communist theorist and agitator, a leader in Russia’s October Revolution in 1917, and later commissar of foreign affairs and of war in the Soviet Union. In the struggle for power following Vladimir Ilich Lenin’s death, however, Joseph Stalin emerged as victor, while Trotsky was removed from all positions of power and later exiled in 1929. He remained the leader of an anti-Stalinist opposition abroad until his assassination by a Stalinist agent.

In January 1928 Trotsky and his principal followers were exiled to remote parts of the Soviet Union, Trotsky himself being assigned to Alma-Ata in Central Asia. In January 1929 Trotsky was banished from the territory of the Soviet Union. He was initially received by the government of Turkey and domiciled on the island of Prinkipo. He plunged into literary activity there and completed his autobiography and his history of the Russian Revolution.