Mars 7 is launched from the USSR.

Mars 7 (Russian: Марс-7), also known as 3MP No.51P was a Soviet spacecraft launched to explore Mars. A 3MP bus spacecraft which comprised the final mission of the Mars programme, it consisted of a lander and a coast stage with instruments to study Mars as it flew past. Due to a malfunction, the lander failed to perform a maneuver necessary to enter the Martian atmosphere, missing the planet and remaining in heliocentric orbit along with the coast stage.

Mars 7 spacecraft carried an array of instruments to study Mars. The lander was equipped with a thermometer and barometer to determine the surface conditions, an accelerometer and radio altimeter for descent, and instruments to analyse the surface material including a mass spectrometer.[5] The coast stage, or bus, carried a magnetometer, plasma traps, cosmic ray and micrometeoroid detectors, stereo antennae, and an instrument to study proton and electron fluxes from the Sun.[5]

Built by Lavochkin, Mars 7 was the second of two 3MP spacecraft launched to Mars in 1973, having been preceded by Mars 6. Two orbiters, Mars 4 and Mars 5, were launched earlier in the 1973 Mars launch window and were expected to relay data for the two landers. However, Mars 4 failed to enter orbit, and Mars 5 failed after a few days in orbit.

Mars 7 was launched by a Proton-K carrier rocket with a Blok D upper stage, flying from Baikonur Cosmodrome Site 81/24.[3] The launch occurred at 17:00:17 UTC on 9 August 1973, with the first three stages placing the spacecraft and upper stage into a low Earth parking orbit before the Blok D fired to propel Mars 7 into heliocentric orbit bound for Mars. The spacecraft performed a course correction on 16 August 1973.[5]

Mars 7's lander separated from the flyby bus on 9 March 1974. Initially, it failed to separate. However, it was eventually released to begin its descent. Due to a retrorocket failure, the probe missed the atmosphere of Mars, and, instead of landing, flew past along with the coast stage, with a closest approach of 1,300 km (810 mi).[5] Known faults with the spacecraft's transistors were blamed for the failure, along with that of Mars 4.[5] 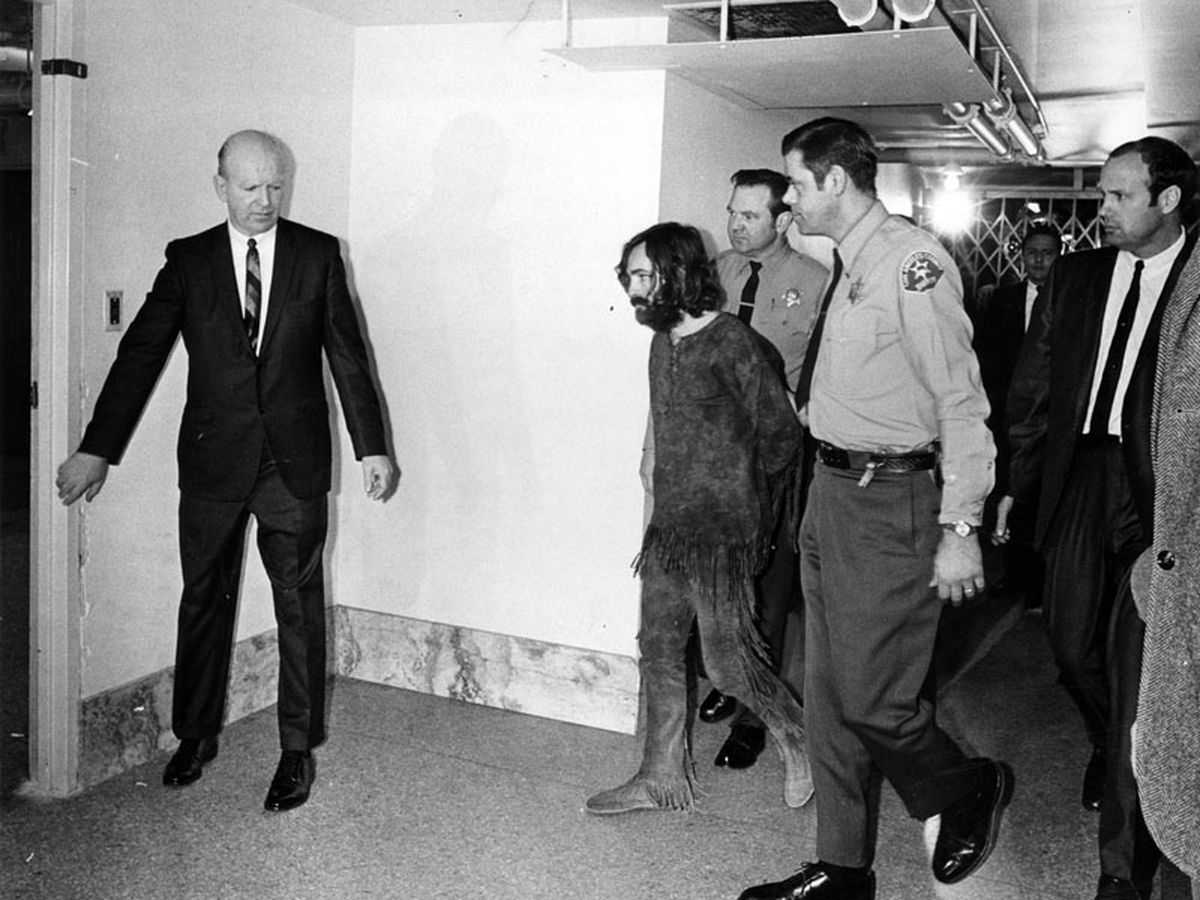 In the early morning hours of August 9, 1969, actress Sharon Tate, who was 8 1/2 months pregnant, and four others — including celebrity hairdresser Jay Sebring, coffee heiress Abigail Folger, filmmaker Voityck Frykowksi and 18-year-old Steven Parent — were brutally murdered at the Beverly Hills home of Tate and her husband, director Roman Polanski. All of the victims were shot or stabbed multiple times by “Manson Family” members Susan Atkins, Patricia Krenwinkel and Charles “Tex” Watson. There were 169 stab wounds between the five. The killers used Tate’s blood to write “pig” on the front door; a macabre message that shocked and confused the city.

The following night, Charles Manson, displeased with the sloppiness of the Tate murders and looking to advance his theory of “Helter Skelter,” set out with the same followers, as well as Leslie Van Houten, to find a new victim. He decided on wealthy grocers Rosemary and Leno LaBianca — they were random and horribly unlucky victims. They too were killed in a brutal manner in their Los Feliz home. “Death to pigs” was written in blood on the wall. “Healter Skelter” marked the refrigerator. 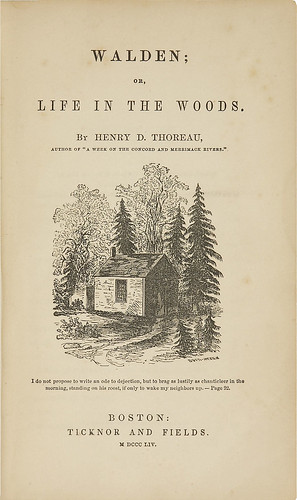 Henry David Thoreau published only two books during his lifetime: A Week on the Concord and Merrimack Rivers and Walden, or, A Life in the Woods. Thoreau began A Week when he went to live at Walden Pond in 1845. Intended to be a memorial to his older brother John, who had died of lockjaw three years earlier, the book was based on a boat trip they had made together in 1839. On the website dedicated to the writings of Thoreau at the University of California, Santa Barbara, Elizabeth Witherell and Elizabeth Dubrulle describe how the creation of A Week ended up overlapping with Walden:

At Walden, Thoreau worked diligently on A Week, but he also explored Walden Woods and recorded his observations on nature in his Journal. He entertained visitors and made regular trips to town; friends and neighbors began to inquire about his life at the pond. What did he do all day? How did he make a living? Did he get lonely? What if he got sick? He began collecting material to write lectures for his curious townsmen, and he delivered two at the Concord Lyceum, on February 10 and 17, 1847. By the time he left the pond on September 6, 1847, he had combined his lectures on life at Walden with more notes from his journal to produce the first draft of a book which he hoped to publish shortly after A Week.

Unfortunately, A Week sold only two hundred copies during the first years after publication. In a Journal entry of October 28, 1853 (PDF) Thoreau describes receiving from the publisher “in a wagon” 706 copies of its printing of 1,000.

Singapore becomes the only country ever to gain independence unwillingly as it is expelled from Malaysia.

Singapore is expelled from Malaysia.

Operation Demetrius is launched by The British security forces in Northern Ireland. In the violence that follows, hundreds of people are arrested and interned and twenty are killed.