The Berlin Victory Parade of 1945 is held.

he Berlin Victory Parade of 1945 was held by the Allies of World War II on 7 September 1945 in Berlin, the capital of the defeated Nazi Germany, shortly after the end of World War II. The four participating countries were the Soviet Union, the United States, the United Kingdom and France.

The parade was proposed by the Soviet Union, following the June Moscow Victory Parade of 1945. July in Berlin also saw a British parade the 1945 British Berlin Victory Parade. The September parade took place near the Reichstag building and the Brandenburg Gate.

Senior officers present at the parade were Marshal of the Soviet Union Georgy Zhukov from the USSR, General George S. Patton from the United States, General Brian Robertson, from the United Kingdom, and General Marie-Pierre Kœnig from France. General Dwight D. Eisenhower and Field Marshal Bernard Montgomery declined the invitations shortly before the parade, and sent Patton and Robertson as their representatives. About 5,000 troops from the USSR, USA, UK and France took part in the parade. The parade was opened by marching troops, followed by the armour. Units present included the Soviet 248th Infantry Division, the French 2nd Infantry Division, the British 131st Infantry Brigade, and the U.S. 82nd Airborne Division; the forces present came primarily from the local garrisons. The armoured contingent came from the British 7th Armoured Division, French 1st Armored Division, and U.S. 16th Mechanized Cavalry Group. The Red Army used this occasion for the first public display of the IS-3 heavy tank, with 52 tanks from the 2nd Guards Tank Army participating.

Russian sources refer to this parade as a “forgotten parade”, as it was mentioned in only a few Western sources. The downplaying of the parade in the West can be seen as one of the early signs of the Cold War. The forces of four Allies also participated in another Berlin parade a year later, on the Charlottenburger Chaussee, in front of the Brandenburg Gate, on the first anniversary of the German surrender on 8 May 1946, in the Berlin Victory Parade of 1946. This parade was connected to the inauguration of the Soviet War Memorial at Tiergarten. Soviet troops would not be present at the much more widely known in the West London Victory Celebrations of 1946. 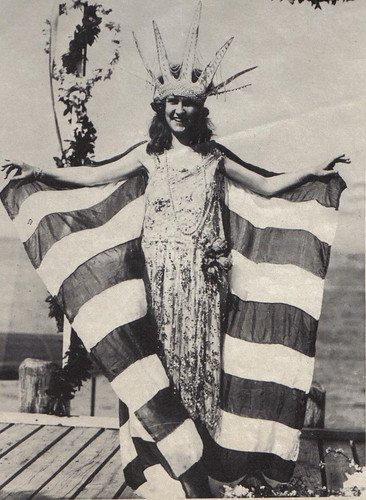 Established in 1921 by local Atlantic City businessmen as a way to extend the summer season, The Miss America Organization has since grown to become one of the most recognizable household names in America.

Miss America remains a role model to young and old alike. Over the years, Miss America has continually made a difference in people’s lives through her charitable and community service endeavors, using her national platform to educate millions of Americans on important issues facing society.

Miss America is more than a title, it’s a movement of empowering young women everywhere to achieve their dreams by giving them a voice to inspire change and by honoring their commitment to helping others.

In September 1920, Atlantic City Businessmen staged a “Fall Frolic” to secure summer tourism past Labor Day. This city-wide festival was highlighted by a spectacular rolling chair parade down the famed Atlantic City Boardwalk.

By 1921, East Coast newspapers were looking for ways to increase their circulation. Newspaper organizations decided to sponsor photographic popularity contests from among their readership and awarded their respective winners with an all expense paid trip to the Second Annual Fall Frolic. Once there, frolic organizers placed the young women in an “Inter-City Beauty” contest in which the judging was largely based on their general appeal in appearance, personality, conversations with the judges, and interactions with the crowds. In order to build hype, the women were later put in the running for the Golden Mermaid trophy given to “The Most Beautiful Bathing Girl in America.” Margaret Gorman swept both events. By September 1922 she became known as “Miss America.” In the ensuing years it would grow and reflect some of the most powerfully held attitudes towards what it meant to be an ideal American woman.

A fire breaks out at the Gulf Hotel in Houston, killing 55 people.

The Gulf Hotel fire claimed 55 lives on September 7, 1943 in Houston, Texas. This fire remains the cause of the worst loss of life in a fire in the city’s history.The hotel was located on the northwest corner of Louisiana and Preston Streets and occupied the upper two floors of a three-story brick building, with a variety of businesses occupying the first floor.

Firefighters recovered 38 bodies from the burned out building. In all, 55 people died in the fire and more than 30 were injured. A mass funeral was held for 23 victims of the fire who were never identified and they were buried at the South Park Cemetery in Houston.

Fifty five people are killed in a fire at the Gulf Hotel in Houston.

First test flight of the Consolidated B-32 Dominator.

Hurricane Ivan hits in Grenada where 39 are killed and damage is done to 90% of the buildings.

Battle of Borodino. Napoleon wins a victory over the Russian army of Alexander I near the village of Borodino.