The Byzantine–Venetian War comes to an end.

In 1296 the local Genoese residents of Constantinople destroyed the Venetian quarter and killed many Venetian civilians. Despite the Byzantine–Venetian truce of 1285, the Byzantine emperor Andronikos II Palaiologos immediately showed support for his Genoese allies by arresting the Venetian survivors of the massacre, including the Venetian bailo Marco Bembo.

Venice threatened war with the Byzantine Empire, demanding reparations for the affront they suffered. In July 1296, the Venetian fleet, under command of Ruggiero Morosini Malabranca, stormed the Bosphorus. During the course of the campaign, various Genoese possessions in the Mediterranean and the Black Sea were captured, including the city of Phocaea. The Genoese colony of Galata, across the Golden Horn from the Byzantine capital, was also burned down. The Byzantine basileus, however, preferred at that point to avoid war.

Open war between Venice and the Byzantines did not begin until after the Battle of Curzola and the end of the war with Genoa in the 1299 Treaty of Milan, which left Venice free to pursue her war against the Greeks. The Venetian fleet, reinforced by privateers, began to capture various Byzantine islands in the Aegean Sea, many of which had only been conquered by the Byzantines from Latin lords about twenty years before.

From April 1301, Byzantine ambassadors were sent to Venice to negotiate a peace, but without success. In July 1302, a Venetian fleet with twenty-eight galleys arrived before Constantinople itself, and staged a demonstration of force: before the eyes of the Byzantine capital’s inhabitants, the admiral Belletto Giustinian flogged the population of the island of Prinkipos, including refugees from Asia Minor who had fled the Turkish advance there, which the Venetians had taken prisoner.

This induced the Byzantine government to propose a peace treaty, signed on 4 October 1302. According to its terms, the Venetians returned most of their conquests, but kept the islands of Kea, Santorini, Serifos and Amorgos, which were retained by the privateers who had captured them. The Byzantines also agreed to repay the Venetians for their losses sustained during the massacre of Venetian residents in 1296. 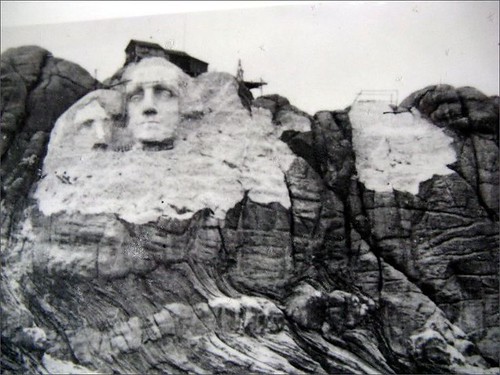 Between October 4, 1927, and October 31, 1941, Gutzon Borglum and 400 workers sculpted the colossal 60 foot high carvings of U.S. presidents, namely, George Washington, Thomas Jefferson, Theodore Roosevelt, and Abraham Lincoln to represent the first 130 years of American history. It is a sculpture carved into the granite face of Mount Rushmore, a granite batholith formation in the Black Hills in Keystone, South Dakota, United States. Mount Rushmore has become an iconic symbol of the United States, and attracts two million people who visited the place annually. It has also appeared in works of fiction and has been discussed or depicted in other popular works.

The first artificial satellite to orbit the Earth, Sputnik 1 is launched.

The Battle of Broodseinde is fought between the British and German in Flanders.

Troops under George Washington are repelled by British troops under Sir William Howe during the Battle of Germantown.