The Treaty of Basel concludes the Swabian War.

The Treaty of Basel of 22 September 1499 was an armistice following the Battle of Dornach, concluding the Swabian War, fought between the Swabian League and the Old Swiss Confederacy.[1]

The treaty restored the status quo ante territorially. Eight out of the ten members in the League of the Ten Jurisdictions were confirmed as nominally subject to the Habsburgs, but their membership in the league and their alliance with the Swiss Confederacy was to remain in place.

Jurisdiction over Thurgau, previously an Imperial loan to the city of Constance, was to pass to the Swiss Confederacy. The imperial ban and all embargoes against the Swiss cantons were to be discontinued.

In 19th-century Swiss historiography, the treaty was presented as an important step towards de facto independence of the Swiss Confederacy from the Holy Roman Empire. In the words of Wilhelm Oechsli (1890), the treaty represented "the recognition of Swiss independence by Germany". This view has come to be viewed as untenable in 20th-century literature (Sigrist 1949, Mommsen 1958), as there is no indication that the leaders of the Confederacy at the time had any desire to distance themselves from the Empire. Nevertheless, the Confederacy was substantially strengthened as a polity within the Empire by the treaty, and an immediate consequence of this was the accession of Basel and Schaffhausen in 1501, as part of the expansion (1481–1513) from the late medieval Eight Cantons to the early modern Thirteen Cantons.[2]

In 1710, a group of Germans and Swiss established a settlement on the Neuse River in an ancestral area of the Tuscarora people. New Bern rapidly became a prosperous community, but the natives became enraged by encroachment on their lands as well as frequent unfair trading practices.

On September 22, 1711, the Tuscarora under Chief Hancock attacked New Bern and other settlements in northern Carolina. Hundreds of settlers were killed and their homes and crops destroyed. It was not until 1713 that the settlers regained control, when Captain James Moore, supplemented by Yamasee warriors, defeated the Tuscarora at their village of Neoheroka.

Some of the captured Tuscarora were sold into slavery to help defray war costs, while the remainder was forced out of Carolina.

Eventually the Tuscarora ended up in New York and later became the sixth nation in the Iroquois Confederation.

The Dead Sea Scrolls are made available to the public. 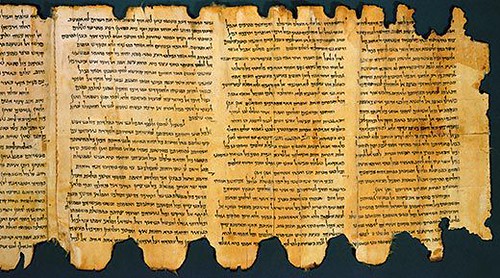 On this day in 1991, California’s Huntington Library released microfilm of the Dead Sea Scrolls, providing independent researchers with access to a cache of immensely important ancient manuscripts that had hitherto been confined to a small group of scholars.

The Dead Sea Scrolls date from about two thousand years ago. They were found in caves above the northwestern shore of the Dead Sea, a saltwater lake which is not only the world’s saltiest, but also the deepest, and at the lowest elevation, 400 metres below sea level. It is located between Israel and Jordan, where the climate is arid and conducive to the preservation of ancient manuscripts.

The first group of scrolls was discovered in 1947 by a young Bedouin shepherd in search of a lost goat. In a cave, he found jars filled with ancient scrolls and fragments of texts. During the next decade, archaeologists and Bedouins discovered ten additional caves containing ancient manuscripts. Most of the manuscripts were of leather and papyrus. They include all but one of the books of the Old Testament, some almost complete, as well as other fragments in languages including Greek, Hebrew, and Aramaic. As to the people who hid the scrolls in the caves, one likely theory is that refugees from Jerusalem deposited the scrolls during the Jewish-Roman war.

Many of the longer scrolls were deciphered, published and translated soon after their discovery. However, the more fragmentarily preserved manuscripts were in the hands of an official group of editors who had been assigned to do this work by the governments of Jordan and Israel. Unfortunately, the pace was slow, and access to the manuscripts was limited to the editorial team.

The first issue of the magazine, National Geographic is published.

A patent is granted for the Kinetic Wedge.