The Republic of Ireland becomes the first nation in the world to legalize gay marriage in a public referendum.

The government of Ireland held referendums on 22 May 2015 on two proposed amendments to the Constitution of Ireland which had been recommended by the Constitutional Convention.[1] The amendment to permit same-sex marriage in the Republic of Ireland was approved by 62%-38% of the voters.[2] The other amendment would have reduced the age of candidacy for the President of Ireland from 35 to 21, but voters rejected it by 73%-27%. A Dáil by-election in Carlow–Kilkenny was held on the same day.[2] Other amendments were considered but not proceeded with, including reducing the voting age from 18 to 16, and sanctioning the establishment of a Unified Patent Court.[3][4]

Main article: Thirty-fourth Amendment of the Constitution of Ireland

Voters were asked whether to add to the Constitution that "marriage may be contracted in accordance with law by two persons without distinction as to their sex".[5] The proposal was supported by the Government as well as all major political parties,[6][7][8] and was approved by 62.07% of voters.[9]

The HMS Beagle departs on its first voyage. 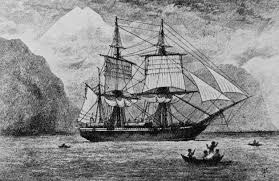 Captain Pringle Stokes was appointed captain of Beagle on 7 September 1825, and the ship was allocated to the surveying section of the Hydrographic Office. On 27 September 1825 Beagle docked at Woolwich to be repaired and fitted out for her new duties. Her guns were reduced from ten cannon to six and a mizzen mast was added to improve her handling, thereby changing her from a brig to a bark.

Beagle set sail from Plymouth on 22 May 1826 on her first voyage, under the command of Captain Stokes. The mission was to accompany the larger ship HMS Adventure on a hydrographic survey of Patagonia and Tierra del Fuego, under the overall command of the Australian Captain Phillip Parker King, Commander and Surveyor.

Faced with the more difficult part of the survey in the desolate waters of Tierra del Fuego, Captain Stokes fell into a deep depression. At Port Famine on the Strait of Magellan he locked himself in his cabin for 14 days, then after getting over-excited and talking of preparing for the next cruise, shot himself on 2 August 1828. Following four days of delirium Stokes recovered slightly, but then his condition deteriorated and he died on 12 August 1828. Captain Parker King then replaced Stokes with the First Lieutenant of Beagle, Lieutenant William George Skyring as commander, and both ships sailed to Montevideo. On 13 October King sailed Adventure to Rio de Janeiro for refitting and provisions. During this work Rear Admiral Sir Robert Otway, commander in chief of the South American station, arrived aboard HMS Ganges and announced his decision that Beagle was also to be brought to Montevideo for repairs, and that he intended to supersede Skyring. When Beagle arrived, Otway put the ship under the command of his aide, Flag Lieutenant Robert FitzRoy.

The 23-year-old aristocrat FitzRoy proved an able commander and meticulous surveyor. In one incident a group of Fuegians stole a ship’s boat, and FitzRoy took their families on board as hostages. Eventually he held two men, a girl and a boy, who was given the name of Jemmy Button, and these four native Fuegians were taken back with them when Beagle returned to England on 14 October 1830.

During this survey, the Beagle Channel was identified and named after the ship.

The log book from the first voyage, in Captain FitzRoy’s handwriting, was acquired at auction at Sotheby’s by the Museo Naval de la Nación located in Tigre, Buenos Aires Province, Argentina, where it is now preserved.

The Wright brothers are granted a patent for their “Flying-Machine”. 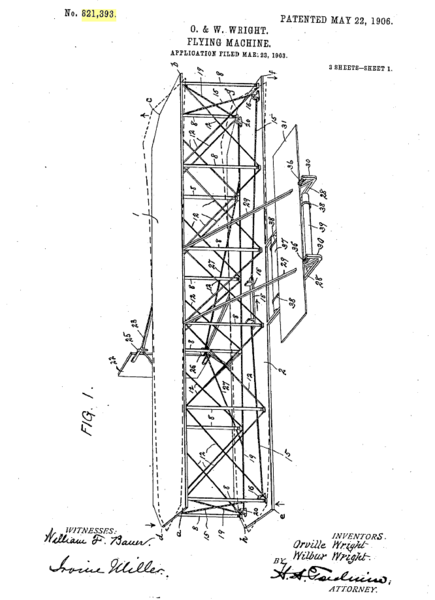 May 22, 1906 – The Wright Brothers were Granted a U.S. Patent for a “Flying Machine”
During their experiments of 1902 the Wrights succeeded in controlling their glider in all three axes of flight: pitch, roll and yaw. Their breakthrough discovery was the simultaneous use of roll control with wing-warping and yaw control with a rear rudder. A forward elevator controlled pitch. In March 1903 they applied for a patent on their method of control. The application, which they wrote themselves, was rejected. In early 1904, they hired Ohio patent attorney Henry Toulmin, and on May 22, 1906, they were granted U.S. Patent 821393 for a “Flying Machine”.

The patent’s importance lies in its claim of a new and useful method of controlling a flying machine, powered or not. The technique of wing-warping is described, but the patent explicitly states that other methods instead of wing-warping could be used for adjusting the outer portions of a machine’s wings to different angles on the right and left sides to achieve lateral control.

The concept of lateral control was basic to all aircraft designs; without it they could not be easily or safely controlled in flight.

The broad protection intended by this patent succeeded when the Wrights won patent infringement lawsuits against Glenn Curtiss and other early aviators who devised ailerons to emulate lateral control described in the patent and demonstrated by the Wrights in their 1908 public flights. U.S. courts decided that ailerons were also covered by the patent.

North and South Yemen join to create the Republic of Yemen. 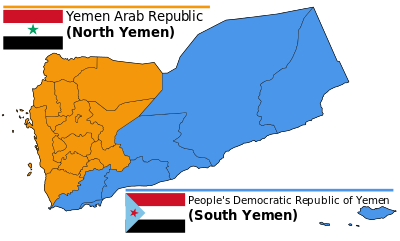 Although there are no cultural, ethnic and linguistic elements that could divide the North and the South of Yemen, the process of unification did not happen without conflict. In 1972 and in 1979, simmering tensions between the two Republics of Yemen led to fighting and attempts towards unification after these conflicts did not succeed. However, a draft constitution for a united State was written in 1981. In 1988, an agreement was concluded to demilitarize the borderline and exploit in common the oil wells discovered in 1984. The collapse of the Soviet Union, the main sponsor of South Yemen, and the cessation of Saudi aid to North Yemen, were determining factors in the movement towards the unification.

On 22 May 1990, the Yemen Arab Republic and the People’s Democratic Republic of Yemen (PDRY) merged to form a sovereign State, the Republic of Yemen. Sanaa, the former capital of the YAR, became the political capital while Aden with its free trade zone became the economical capital. Unification implied a complete fusion of the institutions of both States, thereby obliterating the federal or co-federal options envisaged previously. Within 30 months elections had to take place in order to give legitimacy to the new government.

The arcade game Pac-Man is released by Namco.

The Wright brothers get a patent for their “Flying-Machine”.

During the First Battle of St Albans the Duke of York defeats and captures King Henry VI of England.

Microsoft comes out with its the Windows 3.0 operating system.