TWA Flight 800: Off the coast of Long Island, New York, a Paris-bound TWA Boeing 747 explodes, killing all 230 on board.

The Montana Freemen surrender after an 81-day standoff with FBI agents.

The Dunblane massacre leads to the death of sixteen primary school children and one teacher in Dunblane, Scotland.

In Atlanta, United States, a pipe bomb explodes at Centennial Olympic Park during the 1996 Summer Olympics.

The Montana Freemen surrender after an 81-day standoff with FBI agents. 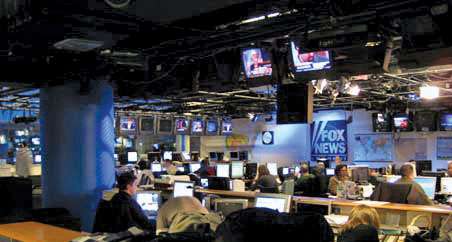 The channel was created by Australian-born American media mogul Rupert Murdoch, who hired Roger Ailes as its founding CEO. The channel was launched on October 7, 1996 to 17 million cable subscribers. Prior to founding Fox News, Murdoch had gained significant experience in the 24-hour news business when News Corporation’s BSkyB subsidiary started Europe’s first 24-hour news channel, Sky News, in the United Kingdom in 1989. With the success of his fourth network efforts in the United States, experience gained from Sky News, and turnaround of 20th Century Fox, Murdoch announced on January 31, 1996, that his company would be launching a 24-hour news channel to air on both cable and satellite systems as part of a News Corp. “worldwide platform” for Fox programming, reasoning that “The appetite for news – particularly news that explains to people how it affects them – is expanding enormously.”

At launch, only 10 million households were able to watch Fox News, with none in the major media markets of New York City and Los Angeles. According to published reports, many media reviewers had to watch the first day’s programming at Fox News’ studios because it was not readily available. The rolling news coverage during the day consisted of 20-minute single topic shows like Fox on Crime or Fox on Politics surrounded by news headlines. Interviews had various facts at the bottom of the screen about the topic or the guest.

In the 2000 presidential election, Fox News, which was available in 56 million homes nationwide, saw a staggering 440% increase in viewers, the biggest gain among the three cable news television networks.