Wesley College is an independent, co-educational, non-selective day and boarding school in Melbourne, Australia. Established in 1866, the college is a school of the Uniting Church in Australia. With 3,100 students, Wesley is the second-largest school in Victoria by enrollment, behind Haileybury.

Wesley College has three metropolitan day campuses: Prahran, Glen Waverley, and Elsternwick. At each campus there is an early childhood learning centre which caters for children from ages three to four. There is also a residential learning campus at Clunes and a campus on Guildford Lane, Melbourne, where the city curriculum project is based for Year 9 students. The college owns and operates three outdoor education campuses in Victoria, near Paynesville, Healesville and Portland.

The school was the first registered school in Australia, and operates in a three mini-school structure, which caters for students from kindergarten through to Year 12. In the Junior Schools, students from the Early Childhood Learning Centre to Year 4 are taught within the framework of the International Baccalaureate Primary Years Programme. In the Senior Schools, Wesley offers the Victorian Certificate of Education, International Baccalaureate Diploma Programme, Vocational Education and Training Programme and the Victorian Certificate of Applied Learning Programme.

Wesley enrolment is not subject to entrance examinations or other requirements although some preference is given to female students in order to achieve gender balance. A report in November 2007 cited Wesley’s fees as among the highest of any school in Victoria.

The beginnings of Wesley College came from a decision of the colonial government of Victoria in the wake of the Victorian gold rush to grant land and funds to four religious groups, including the Wesleyan Methodist Church, for the purpose of establishing colleges in Melbourne. In 1854, the government offered the Wesleyans 10 acres facing St Kilda Road. Major benefactor Walter Powell encouraged other Wesleyan Methodists to bridge the gap in funds between the government grant and that required to build the school. Daniel Draper and others subsequently contributed sufficient funds. The foundation stone was laid at the present site of the St Kilda Road campus on 4 January 1865. Draper drowned at sea on the day of the school’s official opening on 11 January 1866.

James Waugh was chairman of the school committee from foundation until 1883. Dr James Corrigan was the first of seven Headmasters in Wesley’s first 35 years. The school struggled for numbers over some of this period. The Depression of the 1890s provided a particular challenge when Arthur Way was Headmaster, and came to a head in 1896 under Arthur Stephenson when enrolment dropped to 90 boys and closure was threatened. Thomas Palmer’s tenure as headmaster was curtailed early in 1902 after he was found to have embezzled more than £1,000 of the school’s funds.

The colours purple and gold were first chosen when the school was established in 1866. In 1875, they were changed to light blue and white, but reverted to purple and gold in 1902.

Lawrence Adamson is generally regarded as the single most important figure in the school’s history. Adamson was Headmaster from 1902 to 1932 after beginning his teaching career there in 1887. His influence on Wesley survived well into the latter part of the 20th century from staff who were either appointed or were students during his tenure. A recent history of the school defined his contribution as giving Wesley “prosperity, direction and reputation”. He personally contributed thousands of pounds of his personal fortune to the school. Adamson was considered less effective in his last decade as headmaster, with the centenary history published in 1967 providing the first overt criticism of him.

The St Kilda Road campus was substantially rebuilt and expanded between 1933 and 1939 following a bequest from philanthropists Alfred and George Nicholas. The gift of around £200,000 funded twin double-storey buildings, science laboratories, a Junior School building, swimming pool, gymnasium, chapel and other facilities. In 1942 the Australian Government requisitioned the school’s campus for the Australian Army, resulting in Wesley being accommodated at Scotch College from 1942 to 1943. The college was running out of space at St Kilda Rd and as early as 1937 had secured an option to purchase the land and buildings of Box Hill Grammar School. Headmaster Neil MacNeil advanced this option, opening negotiations in 1946. Commercial agreement was reached in 1947 following McNeil’s death in office but was never acted on and finally abandoned in 1955.

Thomas Coates and David Prest were long-serving headmasters during a period of substantial change, particularly during Prest’s tenure. The school purchased land at Syndal in 1955, and for the next few years considered selling the St Kilda Rd campus to fund building at its new location. However, by 1959 it had decided to retain its St Kilda Road location, move the Junior School and establish playing fields at Syndal. Following a period of fund-raising, the new campus opened in 1966.

The school opened enrolment to girls in 1978. Boarding was discontinued in 1980, in order to accommodate more students at St Kilda Road. Wesley first approached Cato College, Elsternwick in the late 1970s regarding amalgamation. Struggling financially, Cato agreed to this in 1986, with integration into Wesley completed by 1989. In November 1989, a fire substantially damaged the St Kilda Road campus. Significant archival material was lost with the virtual destruction of the school library. The damaged areas were rebuilt by 1991.

Historian Andrew Lemon characterised Glen McArthur’s tenure as headmaster as leaving a sense of “unease”. With the two larger campuses becoming more autonomous and competitive, McArthur was encouraged by the school council to engender a greater sense of a single school, but in doing so he challenged the positions of both campus heads, who left during his tenure. Ill-health affected McArthur’s incumbency, and he died in 1998. David Loader became principal of Wesley in 1997 after 18 years as head of Methodist Ladies’ College, Melbourne and brought to fruition the country-based year 9 learning campus at Clunes in 2000. Former Glen Waverley campus head Helen Drennen became Wesley College’s first female principal in June 2003.

In April 2016, a fire at the Glen Waverley campus destroyed ten classrooms. 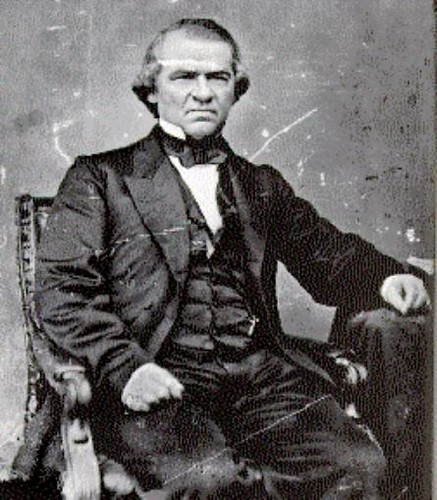 The highest-ranking Confederate general, Robert E Lee, surrendered to his opposing number, Ulysses S Grant. The Confederate capital in Richmond, Virginia, had been taken, and the Confederate president, Jefferson Davis, was on the run. The American Civil War was won – but it was far from over.

The war came at a terrible human cost. The marvels of the industrial revolution – the railroads, the telegraph and the assembly lines – all contributed to making it the bloodiest war in terms of American lives lost to date.

But the war also came at a high financial price, and arguably changed American economic policy forever. By the middle of 1861, the year fighting began, the government’s spending was $1.5m a day, notes economic historian John Steele Gordon in Barron’s. By the end of the war, spending had risen to $3.5m a day.

It was only on 20 August 1866 that President Andrew Johnson could finally and officially declare the American Civil War over: “Order, tranquillity, and civil authority now exists in and throughout the whole of the United States of America.”