A Communist government is installed in Lithuania.

The dancer, Rudolf Nureyev defects from the Soviet Union. 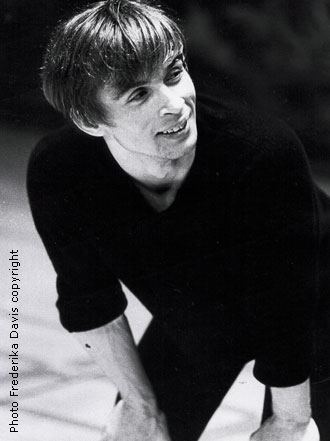 It was one of the most high profile defections of the Cold War, as one of the Soviet Union’s most celebrated figures turned his back on his native country, penetrated the Iron Curtain and defied the all-powerful KGB to claim a new life in the West. In many ways he was the first true male ballet dancer, an art form previously dominated by women with men merely as support, Nureyev pioneering a new appreciation of masculine performance as well as the beginnings of a fusion between ballet and modern dance, another area in which he excelled. Despite the revelation in later years that Nikita Krushchev signed an order to have him assassinated, it would be AIDS which would finally claim his life when he became one of the illness’s most high-profile early victims in the early 90’s. In many ways, his sexuality is key to an understanding of his interesting life, coloured as it was by non-conformity, impatience and his audacious bid to break free from an oppressive and controlling regime.

His beginnings couldn’t really have been any more Russian: he was born on a Trans-Siberian train near Irkutsk in the spring of 1938, his mother travelling to Vladivostock where his father was stationed as a Red Army political commissar. His early life was spent in Ufa in the little-known Republic of Bashkortostan between the Volga and the Urals and his introduction to ballet came at an early age when his mother took him and his sisters to a performance of “Song of the Cranes”. Folk dancing was common in Russia at the time and his talent was noticed very early on, his teachers encouraging him to train in Leningrad but this was a strange time for a Soviet Union segueing from World War to Cold War, causing major upheaval in cultural life, thus preventing Rudolf from fulfilling his dreams. In 1955 though, at the age of 17, he was accepted by the Leningrad Choreographic School which was attached to the infamous Kirov Ballet. He caught the eye of the renowned ballet master Alexander Pushkin who also later trained Mikhail Baryshnikov, another well-known defector, escaping to Canada in 1974, and of course also infamous as Sex and the City’s Petrovsky who moved him in with his family and helped him make the leap to Kirov. He would remain there for 3 years after graduation, dancing 15 roles and soaring to heights of popular consciousness across a divided Europe. However, after early European tours he was told by the Ministry of Culture that he would not be allowed to travel again.

His rebellious and non-conformist attitude made him a high defection risk and the level of esteem with which he was held in the Soviet Union meant that the authorities were desperate to make sure he didn’t become a national embarrassment. Thus, he was barred from a major European tour by the Kirov Ballet, designed as a hugely significant global display of Communist cultural superiority over the West. In a twist of fate though, the company’s leading male dancer Konstantin Sergeyev was injured and Nureyev was the only obvious replacement, buying him a ticket to Paris. There, he was received with rapturous applause by the French audience and he began to mingle with these foreigners, ruffling feathers among the nervous Kirov management who had expressly forbidden such a thing. The KGB ordered him back to Russia to perform a special dance at the Kremlin rather than accompany his colleagues to London, which Nureyev guessed was a lie and so he refused, whereupon he was told that his mother was severely ill. He didn’t believe them and became convinced that if he did return he would be imprisoned, so when he arrived at Le Bourget Airport on this day in 1961, he defected with the help of French police. He was immediately signed up by the Grand Ballet du Marquis de Cuevas and resumed his career by performing in “The Sleeping Beauty”.

On a tour of Denmark, he would meet the love of his life, Danish ballet sensation Erik Bruhn, over a decade older than Nureyev, though the two would remain together for 25 years until Bruhn’s death from lung cancer in 1986. Bruhn helped Nureyev handle the guilt of abandoning his family, particularly his beloved mother, in Russia and it was not until 1987, with the Cold War finally thawing, that Mikhail Gorbachev allowed him back home to visit her on her deathbed. He finally danced with the Kirov Ballet again in Leningrad in 1989, where he was reunited with many of the teachers and colleagues he hadn’t seen in over a quarter of a century. In the meantime, he had become a European star, offered a contract to join the UK’s Royal Ballet in 1962 as their Principal Dancer, a collaboration which would last 8 years and famously partner him with Dame Margot Fonteyn. He remained affiliated with the Royal Ballet thereafter as a Principal Guest Artist until the 1980’s when he committed to the Paris Opera Ballet as a director. He and Fonteyn would continue to perform together for many years though, their last performance together when she was 69 years of age and Nureyev 50 in 1988, he once commenting that they danced with “one body, one soul”. The 1970’s also found him in the United States, most famously in a revival of “The King & I”. Renowned as volatile and impatient, he was also praised for his generosity of spirit and his loyalty towards his friends, many ballerinas of the era crediting him with helping them through tough times in their careers.

In 1984, Nureyev tested positive for HIV at a time when that disease was just beginning to grab major world headlines as a new and vicious killer. Nureyev simply carried on regardless and it would be another 7 years before his health would seriously begin to decline, then in the spring of 1992 he entered the final phase of the disease. He made one final visit to a newly-democratic Russia before returning to New York one last time to conduct “Romeo & Juliet” at the American Ballet Theater Benefit in the Metropolitan Opera House. He brought the house down and later that year made his final public appearance at the Paris Opera overseeing the first Western performance of La Bayadere since the Russian Revolution, fulfilling a lifelong dream. That night, the French Culture Minister Jack Lang presented him with “the Commandeur de l’Ordre des Arts et des Lettres”, a real honour, though it was obvious to everyone that he was nearing the end of his life. 6 weeks later he entered a Parisian hospital and died there the following January, aged 54. His funeral was then held at the Paris Opera and he was buried in a Russian cemetery just outside the city which had first provided him with refuge 3 decades earlier. His coffin was lowered into the ground to music from the last act of “Giselle”.

The final battle of the Wars of the Roses (Battle of Stoke Field) takes place. 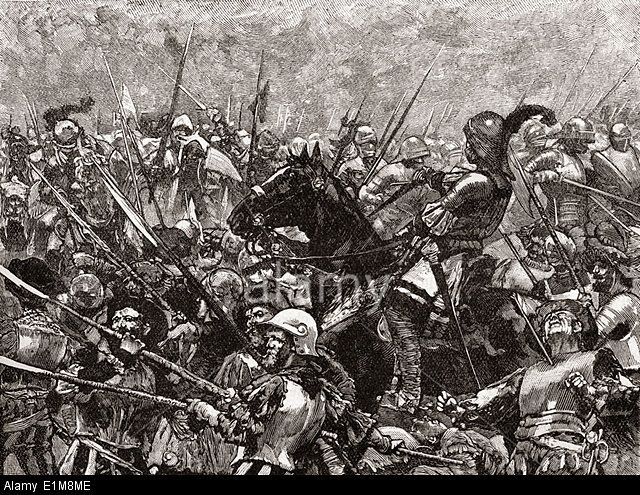 The last major engagement of the Wars of the Roses took place at the Battle of Stoke Field, near the town Newark in Nottinghamshire.Although the Yorkist King Richard III had been killed at the Battle of Bosworth two years earlier, the victorious Lancastrian King Henry VII’s grip on the crown remained somewhat tenuous.

Seeking to reverse the outcome of Bosworth was the Yorkist Earl of Lincoln, who had arrived in the country at the head of a mainly mercenary army recruited from Germany, Switzerland and Ireland.At Lincoln’s side was the imposter Lambert Simnel, who had been crowned “King Edward VI of England” in Dublin just a few weeks earlier. And so on the 16th June 1487, the 8,000 strong Yorkist forces took up their position on Rampire Hill to await the arrival of the slightly larger royal army of Henry VII, under the command of the Earl of Oxford.

Oxford had divided the royal army into three, but the Yorkists engaged the leading troops before they had time to properly form. The battle raged on for three hours. Unable to retreat due to the surrounding River Trent, the mercenaries had no other option than to fight it out.When the Yorkist ranks finally did break, the mercenaries were pursued down a ravine, known today as the Bloody Gutter, by the Royalist troops and put to the sword.
With almost all of the Yorkist commanders killed in the battle, the future of King Henry’s rule and that of his Tudor dynasty was all but secured.

The Ford Motor Company is set up.

The Ford Motor Company is formed.

The country of Bhutan becomes the first to have a total ban on tobacco.