In Aramoana, New Zealand, David Gray shoots dead 13 people in a massacre before being tracked down and killed by police the next day.

The Caister lifeboat disaster of 13 November 1901 occurred off the coast of Caister-on-Sea, Norfolk, England. It took place during what became known as the “Great Storm”, which caused havoc down the east coasts of England and Scotland.

Poor weather conditions on 13 November contributed to the disaster. A gale created lashing rain and a heavy sea. Shortly after 11:00 PM, flares were seen from a vessel on the Barber sands. The Cockle light-ship fired distress signals to indicate a vessel in trouble. The crew of the lifeboat Beauchamp were alerted and an attempt was made to launch the lifeboat. The heavy seas washed the boat off her skids and she was hauled back up the beach for another attempt. The crew fought until 2:00 AM in the dark and cold with warp and tackle to get the lifeboat afloat.

After the launch most of the launching crew went home to change their wet clothing. James Haylett Sr, who had been the assistant coxwain for many years and was now 78 years old, remained on watch despite being wet through and having no food. He had two sons, a son-in-law, and two grandsons in the boat.

The coxwain steered towards the stricken vessel but the sea conditions forced the boat back towards the beach and she struck the beach bow first about 50 yards from the launch point. The heavy sea struck the starboard quarter and capsized the boat, breaking off the masts and trapping the crew beneath the boat. Beauchamp was a Norfolk and Suffolk-class non-self-righting boat, 36 feet in length, 10 1?2 feet wide and weighing 5 long tons without her gear. When fully crewed and equipped and with ballast tanks full she needed 36 men to bring her ashore.

The time was now around 3:00 AM. Frederick Henry Haylett returned to the lifeboat house after getting changed and alerted his grandfather James Haylett Sr to the cries coming from the boat. They ran to where Beauchamp lay keel up in the surf. James Haylett managed to pull his son-in-law Charles Knights from the boat. Frederick Haylett also ran into the surf and pulled John Hubbard clear. James Haylett returned to the water to pull his grandson Walter Haylett clear. These were the only survivors. 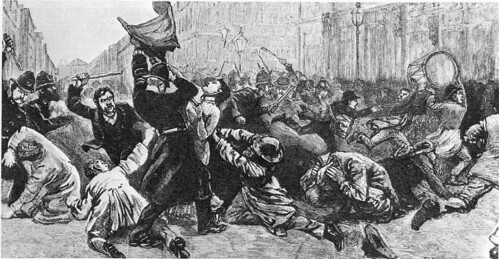 On November 13th, 1990, residents of the small seaside town of Aramoana awoke to a horrific nightmare. One of the town’s residents, in a deranged state, had decided to take his fury out on the people around him. With his rifle he ran riot through the village, shooting helpless individuals whom fate had put in his path. By the time he was shot some 34 hours later, 12 people would have been executed.David Gray was a recluse, whom his neighbours thought odd, but harmless.

He was an avid reader of warfare, weaponry and survivalist literature who had amassed a cache of firearms and ammunition. His mental and physical state in the six months prior to the tragedy had deteriorated rapidly although this was only appreciated in hindsight. He lived in a small crib in Aramoana and was on the unemployment benefit.

After a careful house-by-house search the next day, police officers led by the Special Tactics Group located Gray and shot him dead as he came out of a house firing from the hip. It is the deadliest criminal shooting in New Zealand history.

The former Soviet Union completes its development of the AK-47 rifle.

In New Zealand, David Gray shoots dead 13 people, in what becomes known as the Aramoana Massacre.