95.6% of the voter in Bulgaria vote in favor of abolishing the monarchy. 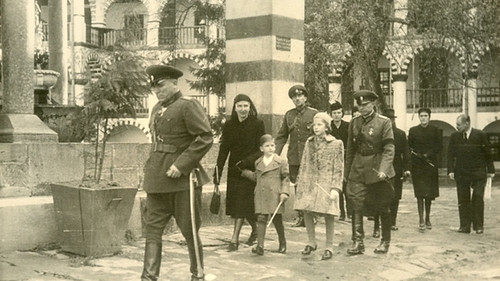 When Soviet troops arrived in Bulgaria, they were welcomed by the populace as liberators from German occupation. On September 9, 1944, five days after the Soviet declaration of war, a Fatherland Front coalition deposed the temporary government in a bloodless coup. Bulgaria held the earliest and most widespread war crimes trial in postwar Europe; almost 3,000 were executed as war criminals. Bulgaria emerged from the war with no identifiable political structure; the party system had dissolved in 1934, replaced by the pragmatic balancing of political factions in Boris’s royal dictatorship. This condition and the duration of the war in Europe eight months after Bulgaria’s surrender gave the communists ample opportunity to exploit their favorable strategic position in Bulgarian politics.

In a national referendum in September 1946, however, an overwhelming majority voted to abolish the monarchy and proclaim Bulgaria a people’s republic. After two years of postwar turmoil, Bulgarian political and economic life settled into the patterns set out by the new communist constitution ratified in December 1947. Dimitrov argued that previous Bulgarian attempts at parliamentary democracy were disastrous and that only massive social and economic restructuring could ensure stability. By the end of 1947, Bulgaria had followed the other East European states in refusing reconstruction aid from the Marshall Plan and joining the Communist Information Bureau.