The musical ‘Cats’ opens on Broadway and runs for nearly 18 years before it closes on September 10 2000. 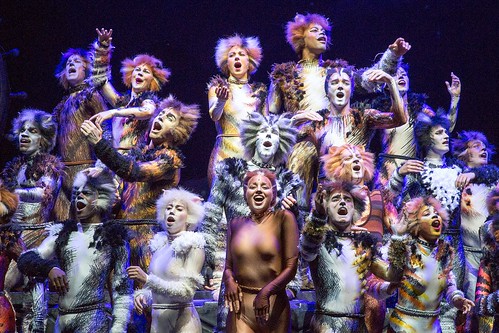 Randy Rum Tum Tugger will have given his pelvis a last few thrusts at a tourist, the giant boot will have flopped into the alleyway one last time, Mungojerrie and Rumpleteazer will have executed their last calisthenic tumbles, Macavity won’t have been there for a final caper, Old Deuteronomy will have chatted with his last youngster, and Grizabella will have warbled her last “Memory.” The invited guests will file out off to a celebratory party most of them. There’ll be speeches, glasses raised, fireworks across the water, and then there’ll be silence.

What else can there be after a Broadway show runs nearly 18 years, more than three years longer than the nearest competitor? What’s left after 7,485 performances, seven Tonys, and the distinction of having been seen by more than 10 million people? Even critics who hate the show, even pundits who’ve watched the production’s original style and vision become dated in comparison to two decades’ worth of new musical frontiers, even producers who’ve prayed for flashy mega-musicals to ease their stranglehold on big theatres so a new stream of productions can have a place to play, even audiences who come out of the Winter Garden Theatre thinking, “so that was it?” all are no doubt feeling a little sad today, a little in awe, a little crestfallen that a chapter of Broadway lore has been sealed and tucked away:

Cats is closing. It really is closing. And Broadway will never be the same. In mid-February, the producers of Cats told the world the musical would close June 25, after 7,397 performances at the Winter Garden Theatre. An outpouring of media coverage, fan sentiment and heightened ticket sales ensued. Since the announcement, in fact, grosses have regularly leapt past the $500,000 per week mark, with the week ending Aug. 27 a case in point. Cats was therefore given an extra eleven weeks to live, with the Sept. 9 evening show the last available to the general public, and the Sept. 10, 6 PM, invitation-only show the last ever.