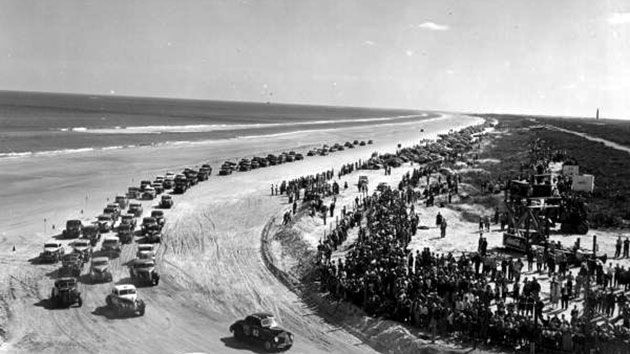 Even though the new crop of NASCAR race cars mimics the look of models on the road, they’re still anything but stock — at least until Toyota sells a Camry with rear-wheel-drive and a V-8.

But when the first stock car race was held at Daytona Beach on March 8, 1936, drivers brought their own street-legal open tops, coupes and saloons to the race. The grueling 3.2-mile course didn’t discriminate against aerodynamic tricks or windshield angle; it simply demanded that a car survive its grueling, pit-filled sandy turns.

Marred with scoring controversy, stalled cars and mid-corner mash-ups, the race was stopped after 72 of the 78 laps, and the $1,700 prize went to driver Milt Marion. As the vintage video below shows, more regulation couldn’t have hurt for the chaotic event.