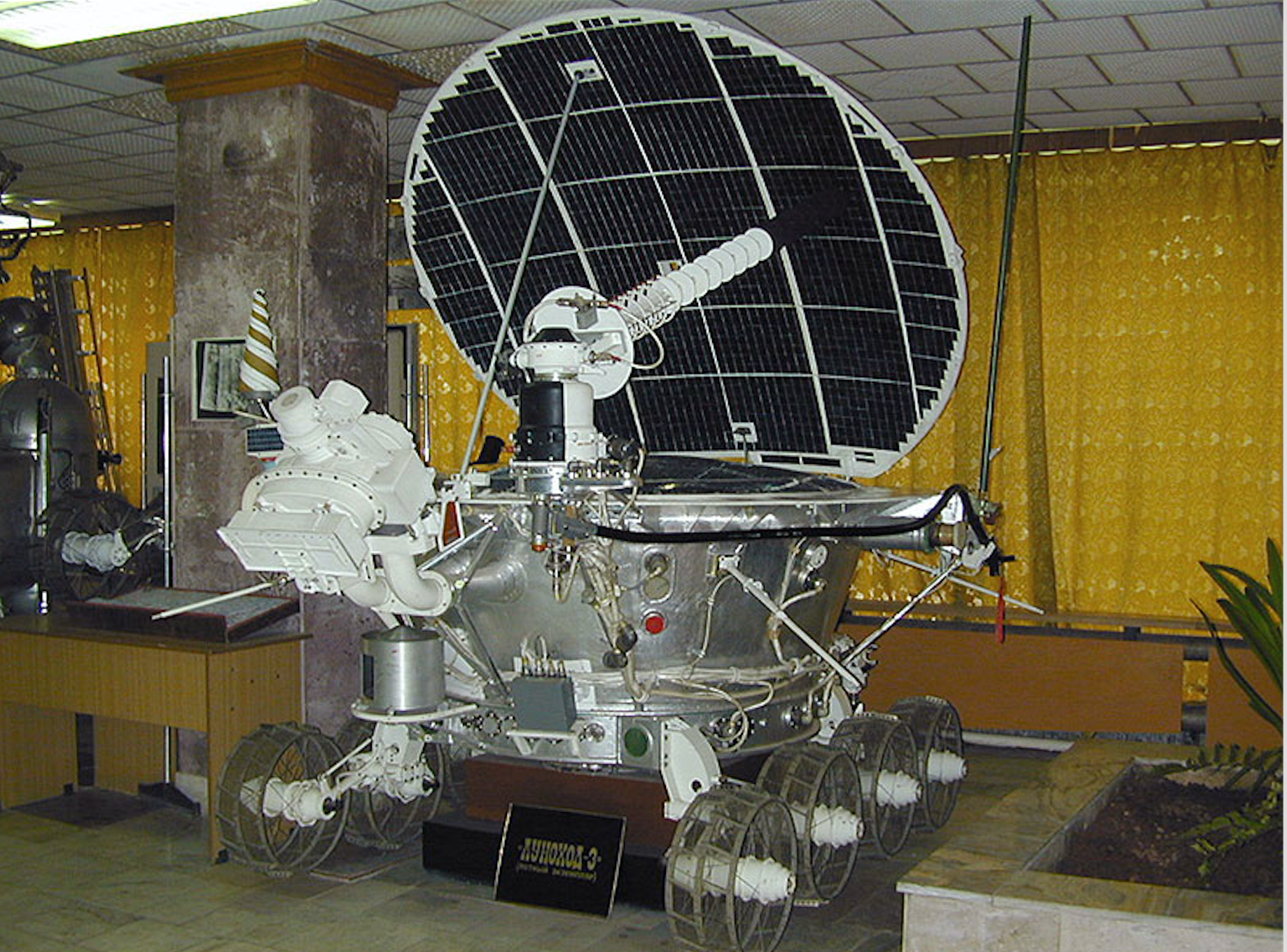 Forty-five years after the Soviet Lunokhod-2 robot explored the lifeless surface of the moon, a declassified document sheds new light on the legendary project.

The 125-page technical report published this week was written in the months immediately following the 1973 mission by members of the Lunokhod communications team, who were responsible for controlling cameras and radios aboard the eight-wheeled rover and monitoring its health.

The second, and what turned out to be the last, Soviet rover to operate on the lunar surface blasted off on January 8, 1973, and landed on the moon eight days later. Officially dubbed Luna-21, it came down inside a 34-mile-wide crater called Le Monnier, a little over 100 miles north of where NASA’s Apollo 17 astronauts had explored just a month earlier.

After rolling off its landing platform, Lunokhod-2 traveled for 23 miles, beaming 69,000 TV images back to Earth and producing 86 panoramas of the surrounding landscape. It also probed the strength of the lunar surface in numerous locations and received laser beams fired from Earth.

To the people who worked on Lunokhod-2, the lander was known as Article E8 No. 204. The newly released document details the months of painstaking preparations that led up to launch, including a series of failures in the rover’s programming timer during tests at the launch site in September and October 1972. Engineers had to remove the entire unit from the rover and take apart its components. The problem was eventually traced to a massive short-circuit in an avionics box, due to mechanical damage that resulted from its being forced into position in its holding compartment. After replacing the unit, engineers repeated the entire test routine for the communications system, which seriously shortened its lifespan during the actual mission. This finally explains why Lunokhod-2 survived only around four months on the moon, as compared to 10 months for its predecessor, Lunokhod-1.

The rover’s Earth-based drivers compensated for this shortened lifespan with much faster driving, which produced its own drama. According to the report, the first lunar day of Lunokhod-2’s journey went smoothly, with only a few minor glitches. But when driving resumed on February 11 after a period of hibernation, the operators experienced their first serious problem. Lunokhod-2 refused to immediately stop when the team spotted a crater ahead and issued a stop command. “The motion of the rover was observed based on the shifting of the images on the VKU screen of the MKTV system,” the report says.

Only after repeating the stop command three times did the stubborn vehicle finally come to a halt. The problem was traced to a signal scrambler in the radio system, which led mission controllers to switch to a secondary scrambler.

Harsh temperatures on the moon also forced them to reduce the number of panoramic images taken by the rover. Still, Lunokhod-2 successfully completed its second lunar day on February 22, and hibernated until March 9.

Problems with the secondary radio scrambler got worse during the third lunar day, however, and the engineers switched to another radio channel operating on a different frequency.

By May 10, during the 503rd communications session, engineers discovered that the temperature inside Lunokhod-2 had soared as high as 47 degrees C. Flight controllers immediately turned off onboard systems and ended the communications session, but all subsequent attempts to talk to Lunokhod-2 proved fruitless, according to the report. The document gives the exact time of Lunokhod’s death as May 10, 1973, at 15:25.

Previous accounts of the mission appeared to blame the rover’s demise on a May 9 incident in which its solar panel scraped a particularly steep crater wall and became covered with dust. However, the newly declassified report stresses that by the time Lunokhod-2 stopped talking to mission control, its transmitters were already well past their warranty date—which appears to attribute the rover’s end to the communications system failure.

At the time Lunokhod-2 died, the team was still hoping to apply its engineering lessons to Lunokhod-3 and -4. One drawback they wanted to fix was the inability to rotate the cameras independently of the rover’s body. The authors of the report also recommended installing the cameras at least six feet above the surface to provide a better view for the drivers.

That somebody listened to their recommendations is evident from the flightworthy model of Lunokhod-3 now displayed in a museum at the NPO Lavochkin company near Moscow. Unfortunately, the Soviet lunar program had lost momentum by that time, and Lunokhod-3 never had a chance to fly.