The Honda Accord is officially launched. 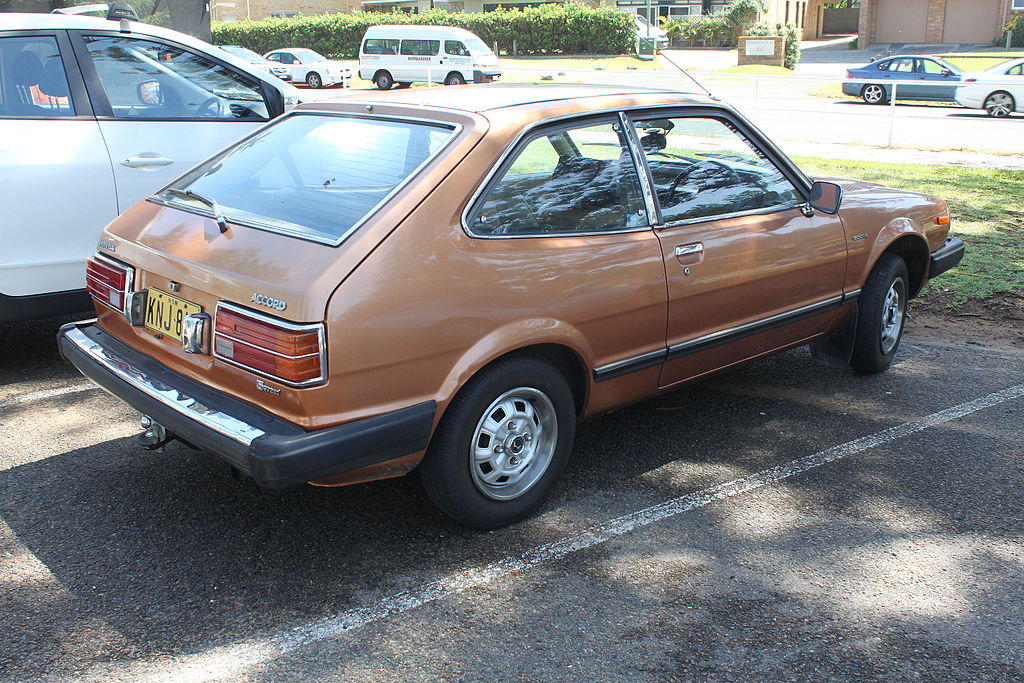 The Honda Accord is a series of automobiles manufactured by Honda since 1976, best known for its four-door sedan variant, which has been one of the best-selling cars in the United States since 1989. The Accord nameplate has been applied to a variety of vehicles worldwide, including coupes, wagons, hatchbacks and a crossover.

The first generation Honda Accord was launched on 7 May 1976 as a three-door hatchback with 68 hp, a 93.7-inch wheelbase, and a weight of about 2,000 pounds. Japanese market cars claimed 80 PS JIS, while European and other export markets received a model without emissions control equipment; it claimed 80 PS as well but according to the stricter DIN norm. It was a platform expansion of the earlier Honda Civic at 4,125 mm long. To comply with recently enacted emission regulations enacted in Japan, the engine was fitted with Honda’s CVCC technology. The Accord sold well due to its moderate size and great fuel economy. It was one of the first Japanese sedans with features like cloth seats, a tachometer, intermittent wipers, and an AM/FM radio as standard equipment. In 1978 an LX version of the hatchback was added which came with air conditioning, a digital clock, and power steering. Until the Accord, and the closely related Prelude, power steering had not been available to cars under two litres. Japanese buyers were liable for slightly more annual road tax over the smaller Civic, which had a smaller engine.

On 14 October 1977, a four-door sedan was added to the lineup, and power went to 72 hp when the 1,599 cc EF1 engine was supplemented and in certain markets replaced by the 1,751 cc an EK-1 unit. In 1980 the optional two-speed semi-automatic transmission of previous years became a three-speed fully automatic gearbox a four-speed automatic transaxle was not used in the Accord until the 1983 model year. The North American versions had slightly redesigned bumper trim. Other changes included new grilles and taillamps and remote mirrors added on the four-door and the LX models. The CVCC badges were deleted, but the CVCC induction system remained.

In North America, the 1981 model year only brought detail changes such as new fabrics and some new color combinations. Nivorno Beige was replaced by Oslo Ivory. Dark brown was discontinued, as was the bronze metallic. A bit later in 1981 an SE model was added for the first time, with Novillo leather seats and power windows. Base model hatchbacks, along with the four-door, LX, and SE four-door, all received the same smaller black plastic remote mirror. The instrument cluster was revised with mostly pictograms which replaced worded warning lights and gauge markings. The shifter was redesigned to have a stronger spring to prevent unintentional engagement of reverse, replacing the spring-loaded shift knob of the 1976 to 1980 model year cars. By 1981 power for the 1.8 was down to a claimed 68 hp in North America.