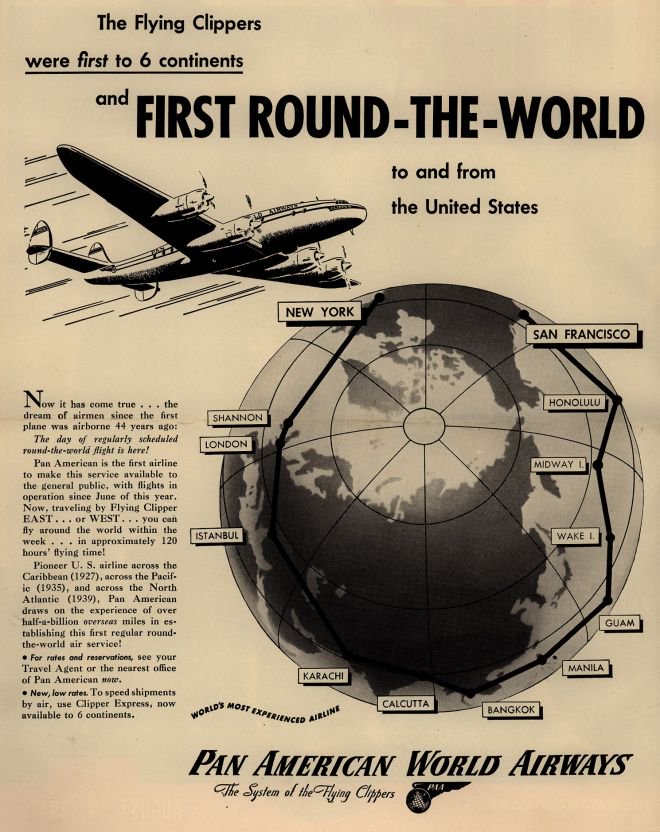 The intercontinental airline service made its debut in 1927. The flight, by Imperial Airways, was from London to Cairo.

In 1930 Charles Townsend Ludington, his brother and two other executives formed Ludington Airline, the first every-hour-on-the-hour air service. It was also the first airline that carried passengers only and was not supported by government revenue from air mail service contracts that all other airlines depended on.

The first commercial flight across the Pacific was made by a Pan-American Boeing 314 on April 28, 1937.