A six-month strike by Hollywood set decorators takes a turn as riots break out at the gates of Warner Brothers’ studios. 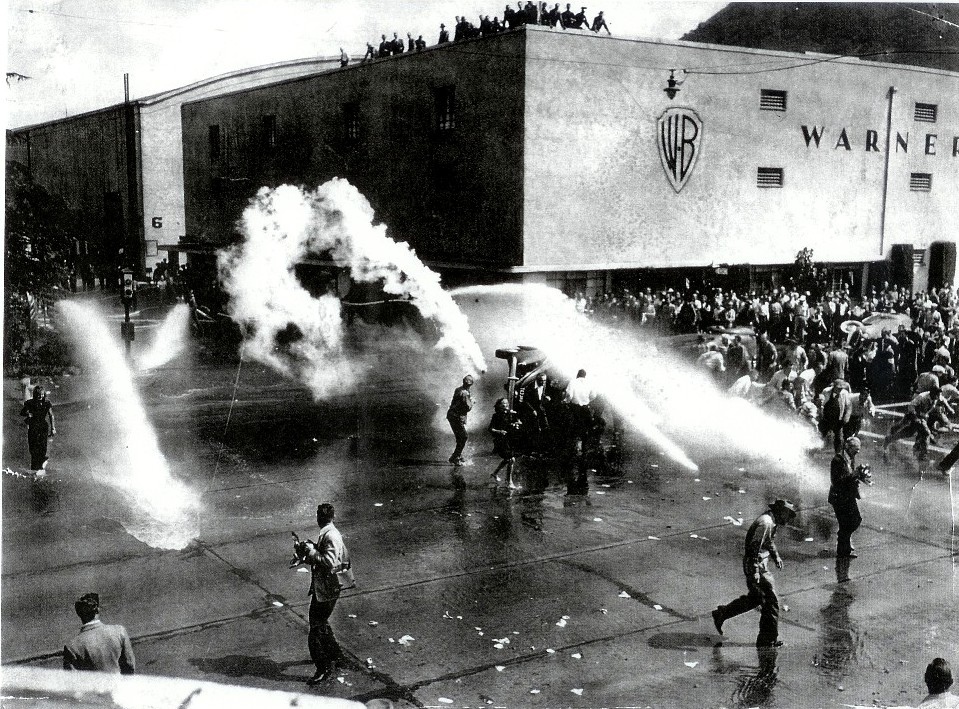 On October 5, 1945, Hollywood Black Friday or “Bloody Friday” as what they said in the history of organized labor happened in the United States. A six-month strike by the set decorators represented by the Conference of Studio Unions has boiled over into a bloody riot at the gates of Warner Brothers’ studios in Burbank, California. The strike helped the passage of the Taft-Hartley Act in 1947 and led to the eventual breakup of the CSU and reorganization of then rival International Alliance of Theatrical Stage Employees leadership. An estimated 10,500 CSU workers went on strike and began picketing all the studios resulting in delays of several films.