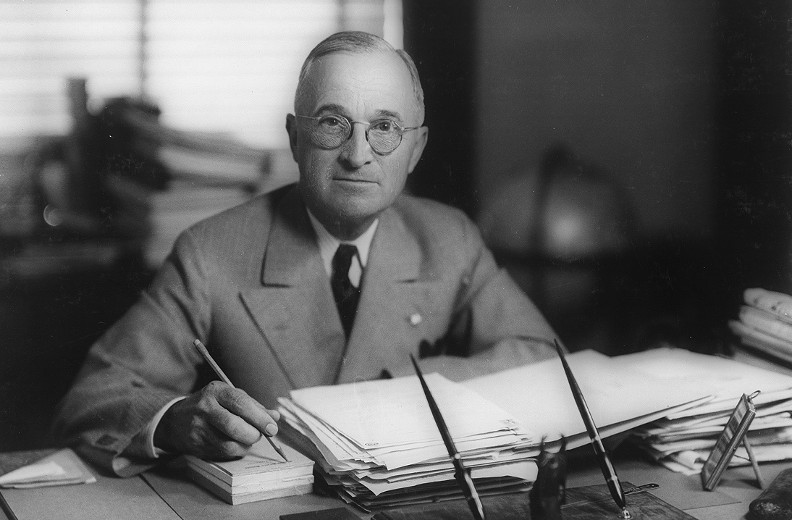 On January 05, 1949, President Harry S. Truman announces, in his State of the Union address, that every American has a right to expect from our government a fair deal.

In a reference to Franklin Roosevelt’s New Deal policies, Truman announced his plans for domestic policy reforms including national health insurance, public housing, civil rights legislation and federal aid to education. He advocated an increase in the minimum wage, federal assistance to farmers and an extension of Social Security, as well as urging the immediate implementation of anti-discrimination policies in employment. Truman argued for an ambitious liberal agenda based on policies first articulated by his predecessor, Franklin D. Roosevelt. However, the nation’s politics had shifted rightward in the years following World War II and inflation, economic conversion from wartime to peacetime industries and growing anti-communist sentiment provided major obstacles to Truman’s plan. To a growing contingency of conservatives and Southern Democrats in Congress, the Fair Deal smacked of socialism.