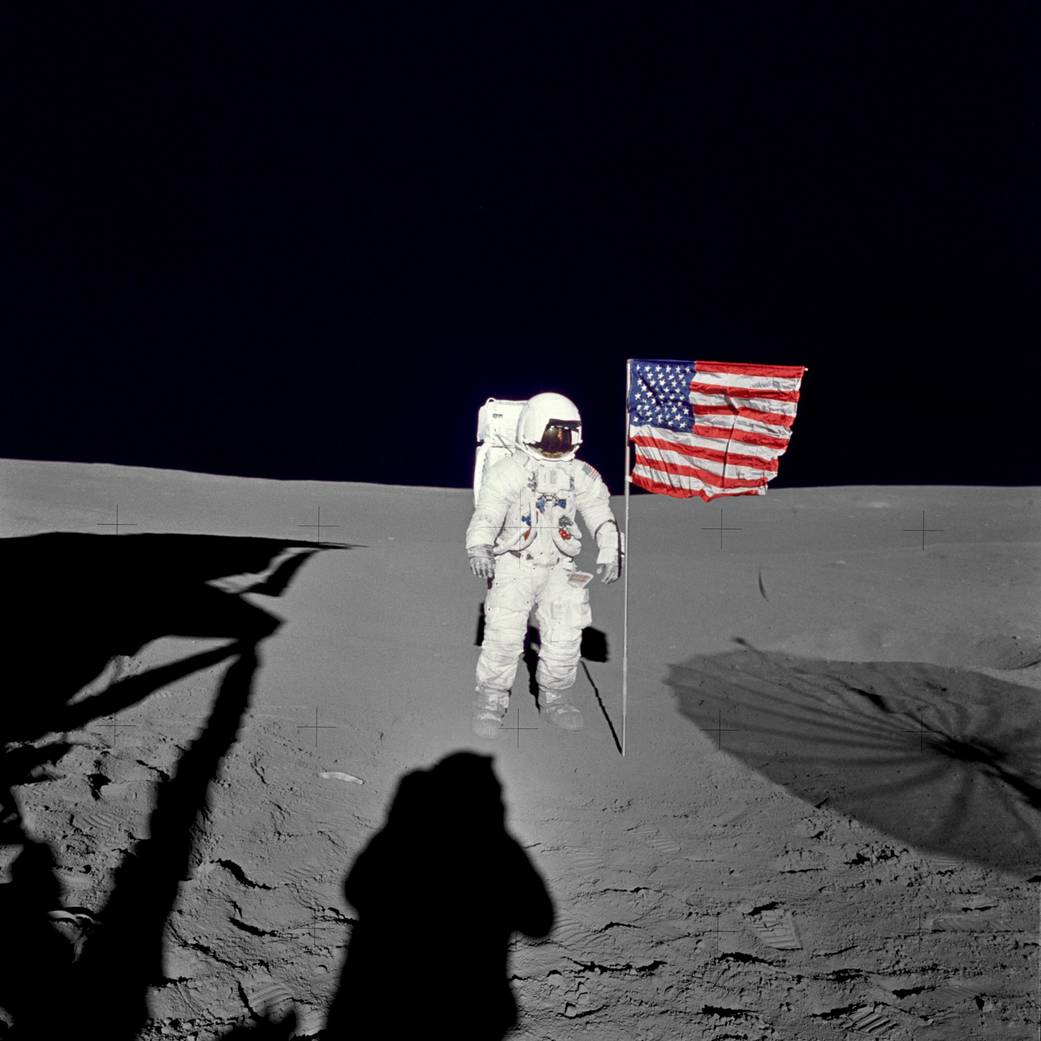 Apollo 14 astronauts land on the moon.

Apollo 14 was the eighth manned mission in the United States Apollo program, and the third to land on the Moon. It was the last of the “H missions,” targeted landings with two-day stays on the Moon with two lunar EVAs, or moonwalks.

Commander Alan Shepard, Command Module Pilot Stuart Roosa, and Lunar Module Pilot Edgar Mitchell launched on their nine-day mission on January 31, 1971 at 4:04:02 p.m. local time after a 40-minute, 2 second delay due to launch site weather restrictions, the first such delay in the Apollo program. Shepard and Mitchell made their lunar landing on February 5 in the Fra Mauro formation – originally the target of the aborted Apollo 13 mission. During the two lunar EVAs, 42.80 kilograms of Moon rocks were collected, and several scientific experiments were performed. Shepard hit two golf balls on the lunar surface with a makeshift club he had brought with him. Shepard and Mitchell spent 33½ hours on the Moon, with almost 9½ hours of EVA.

In the aftermath of Apollo 13, several modifications had been made to the Service Module electrical power system to prevent a repeat of that accident, including a redesign of the oxygen tanks and the addition of a third tank.

While Shepard and Mitchell were on the surface, Roosa remained in lunar orbit aboard the Command/Service Module Kitty Hawk, performing scientific experiments and photographing the Moon, including the landing site of the future Apollo 16 mission. He took several hundred seeds on the mission, many of which were germinated on return, resulting in the so-called Moon trees. Shepard, Roosa, and Mitchell landed in the Pacific Ocean on February 9.