The Los Angeles Times is published for the first time. 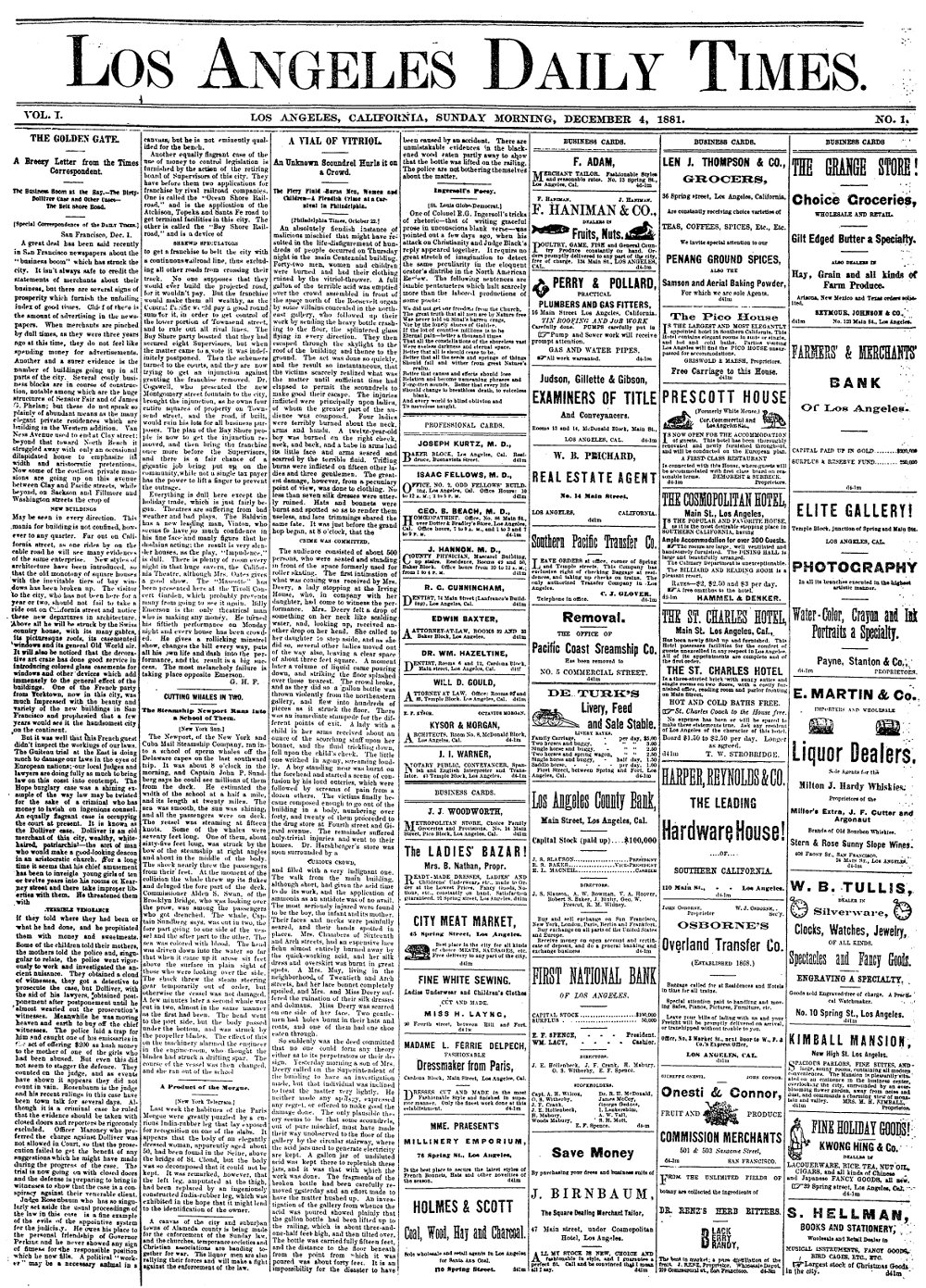 The Los Angeles Times was first published on December 4, 1881, under the name of the Los Angeles Daily Times. When the original founders ran into financial problems the following year, the fledgling paper was inherited by its printer, the Mirror Printing Office and Book Bindery. The company hired as editor former military officer Harrison Gray Otis, who quickly turned the paper into a financial success.

Otis and a partner purchased the entire Times and Mirror properties in 1884 and incorporated them as the Times-Mirror Company. Two years later, Otis purchased his partner’s interest in the company.In October 1886, the word “Daily” was removed from the title and the newspaper became the Los Angeles Times.