Turkish and Greek forces fight in the Battle of Kos. 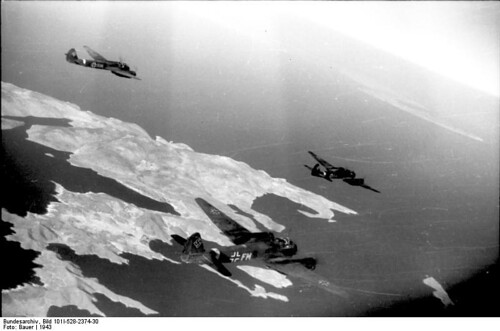 The Battle of Kos was a brief battle between British, Italian and German forces for the control of the Greek island of Kos, in the then Italian-held Dodecanese islands in the Aegean Sea.

he capture of Kos would have disastrous consequences for British operations in the Dodecanese Islands. Deprived of air cover, the Allies were in the long run unable to hold the other islands, while the Germans pressed their advantage, capturing Leros a month later and completing their conquest of the Dodecanese by the end of November.

In the conclusion of the official despatch covering these operations, it is remarked that:

We failed because we were unable to establish airfields in the area of operations. The enemy’s command of the air enabled him so to limit the operations and impair the efficiency of land, sea and air forces that by picking his time he could deploy his comparatively small forces with decisive results. Had more aircraft been available, especially modern long-range fighters, and given more luck, the operations might have been prolonged, but after the loss of Kos, if the enemy were prepared to divert the necessary effort, it is doubtful if Leros could have been held indefinitely without our embarking on a major operation for which no forces were available.

A further consequence of the German occupation of Kos was the deportation of the small long established Jewish congregation to the European death camps. None of the Jews survived the war.