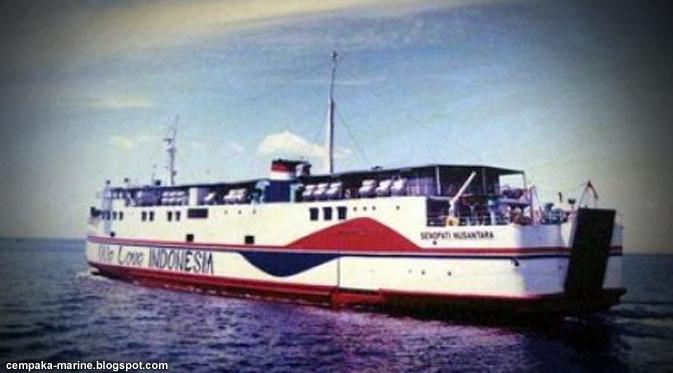 The M/s Senopati Nusantara was an Indonesian ferry that sank in a storm on December 30, 2006. The Japanese-made ship was a scheduled passenger liner from the port of Kumai in Borneo to Tanjung Emas port in Semarang, East Java. About 40 km off Mandalika island, the ship sank during a violent storm in the Java Sea. At least 400–500 people are thought to have drowned.

Initial reports claimed as many as 800 were on board, although this was later lowered to around 628, including 57 crew. Design capacity was 1,300 passengers.On December 30, 2006, the ship sunk about 40 km off Mandalika island. According to the manifest, the ship was carrying 628 people including 57 crew, but later press releases from government officials gave an inconsistent number of total passengers.

Initially, stormy weather was suggested to be the main cause of the disaster. Local officials of the Meteorology and Geophysics Agency, however, did not ban the vessel from sailing, and the official at the Kumai port issued a sailing permit based on the weather report.According to one survivor’s account, the ship rolled over and part of the hull was sticking out the water before it submerged into the sea.

Share on Facebook Share
Share on TwitterTweet
Share on LinkedIn Share
Famous Words of Inspiration...
"A Galileo could no more be elected president of the United States than he could be elected Pope of Rome. Both high posts are reserved for men favored by God with an extraordinary genius for swathing the bitter facts of life in bandages of self-illusion."
Henry Mencken
— Click here for more from Henry Mencken