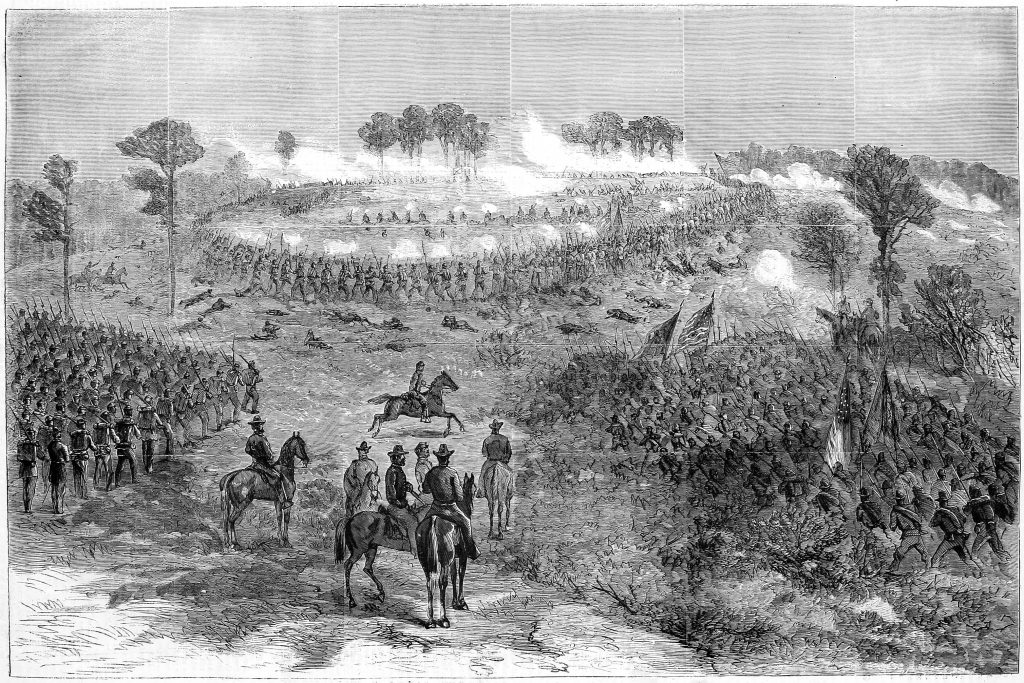 The Battle of Chaffin’s Farm and New Market Heights, also known as Laurel Hill and combats at Forts Harrison, Johnson, and Gilmer, was fought in Virginia on September 29–30, 1864, as part of the Siege of Petersburg in the American Civil War. From the very beginning of the war, Confederate engineers and slave laborers constructed permanent defenses around Richmond. By 1864, they had created a system anchored south of the capital on the James River at Chaffin’s Farm, a large open area at Chaffin’s Bluff, both named for a local landowner. This outer line was supported by an intermediate and inner system of fortifications much closer to the capital. In July and August 1864, these lines were tested by Union Lt. Gen. Ulysses S. Grant in offensives designed to attack simultaneously north and south of the James. The fighting around Chaffin’s Farm cost the nation nearly 5,000 casualties.