A motion tabled by Prime Minister Stephen Harper that recognizes the Québécois as a nation within Canada is passed. 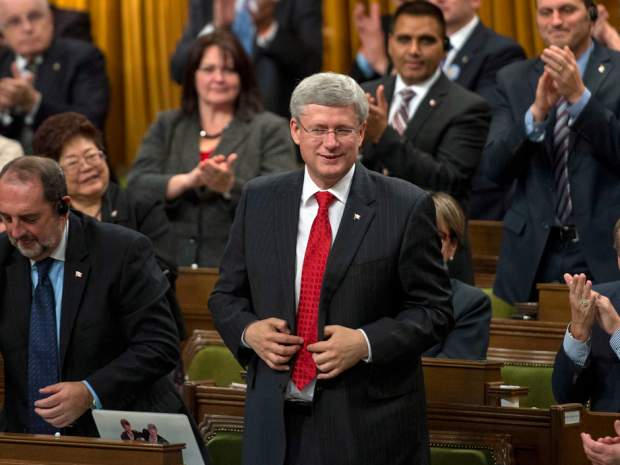 The House of Commons has overwhelmingly passed a motion recognizing Québécois as a nation within Canada. Conservatives, most Liberal MPs, the NDP and the Bloc voted 266 to 16 in support of the controversial motion, which earlier in the day had prompted the resignation of Michael Chong as intergovernmental affairs minister. Stephen Harper votes for a motion recognizing Québécois as a nation in Canada. Fifteen Liberal MPs voted against the motion, including Liberal leadership candidates Ken Dryden and Joe Volpe, along with Independent MP Garth Turner.

Prime Minister Stephen Harper had introduced the surprise motion on Nov. 22, raising the ante on a Bloc Québéco ismotion that sought to declare Quebecers a nation without reference to Canada. The motion states: “That this House recognize that the Québécois form a nation within a united Canada.”

The prime minister has said he is using the word nation in a “cultural-sociological” rather than in a legal sense.
“I think tonight was an historic night,”Harper said after the vote. “Canadians across the country said ‘yes’ to Quebec, ‘yes’ to Quebecers, and Quebecers said ‘yes’ to Canada. “In politics you take risks— that’s what we did — but national unity, national reconciliation are more important than any one party or than any one individual.”

But on Monday afternoon, Chong said he opposed the motion and would abstain from voting because it “implies the recognition of ethnicity.” “I believe in this great country of ours and I believe in one nation, undivided, called Canada, based on civic and not ethnic nationalism,” he said.