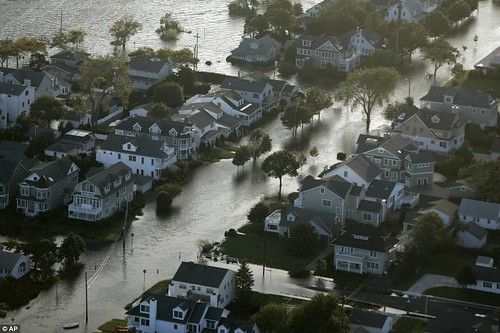 Irene was one of the costliest storms in U.S. history and killed at least 47 people here and at least eight more in the Caribbean and Canada.

Irene was not considered a major hurricane because it did not have winds exceeding 111 mph, or Category 3, when it made landfall in North Carolina on Aug. 27.

You would think the impacts would be somewhat light, but the damages caused by Irene will be up there in one of the top 30 or so storms.The season produced the third-highest number of tropical storms on record, with 19, but only a slightly higher-than-average number of hurricanes, with six.

Storms won’t move into high pressure, clearing the way for an easy storm season for the U.S. Gulf Coast. An exception was Tropical Storm Lee, which formed off the Louisiana coast and drenched much of the eastern U.S.The rare combination of near-record ocean temperatures but unusually dry, stable air over the Atlantic was partially responsible for the unusually high count of named storms.