The first Eurovision Song Contest is held in Lugano, Switzerland. 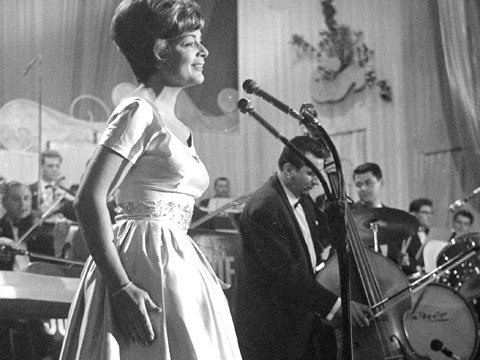 Inspired by the Italian Sanremo Festival, the idea to organise a pan-European musicial competition was born at a meeting of the European Broadcasting Union in Monaco in 1955. It was decided that the first ever Eurovision Song Contest would be hosted the following year in the Swiss resort of Lugano. The 1956 Eurovision Song Contest was primarily a radio show, although some cameras were taping the contest for the few Europeans who had a television set at that time.

Lohengrin Filipello hosted the programme, which lasted 1 hour and 40 minutes. The seven participating countries each submitted two entries. The songs of the contest were not to exceed three and a half minutes, and the performers were accompanied by an orchestra of 24 musicians, led by Fernando Paggi.The winning song, as announced by the head of the jury, was Refrain, performed by Lys Assia from Switzerland . Lys Assia is the only Swiss contestant to have ever won the Eurovision Song Contest, as Switzerland’s other winner, Céline Dion, is French-Canadian.

The broadcasters from Austria, Denmark and the United Kingdom missed the deadline for participating in the first ever Eurovision Song Contest and only appeared one year later. Only solo artists were allowed to enter the contest. Groups were initially banned – a rule which would only be abolished in the 1970s.

All participating countries sent two jury members to Lugano in order to vote secretly on the songs. The jury members from Luxembourg could not make it to Lugano, so the EBU allowed Swiss nationals to vote on their behalf. The juries were allowed to vote for whatever country they wished to, including their own; The scores of the voting have never been made public, leaving room for lots of speculation. Attempts to reconstruct the voting by interviewing jury members over the past five decades did not lead to any reliable outcome.