A false alarm led to an anti-aircraft barrage that lasted into the early hours of February 25 for what became known as the Battle of Los Angeles. 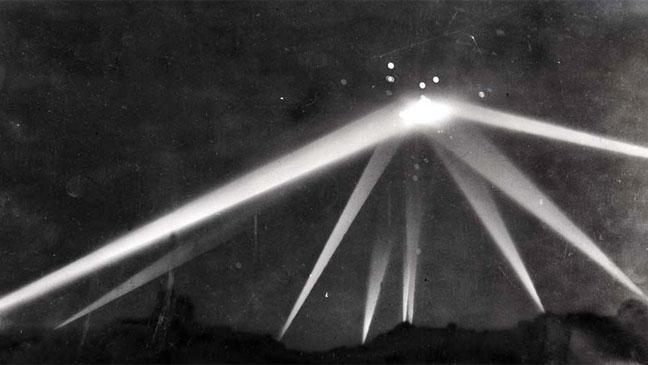 A remarkable series of false alarms and errors, most likely brought on by widespread “war nerves”, began in California on this day in 1942, resulting in an incident which became known as The Battle of Los Angeles. Rumours of an air raid on the city and the heightened state of readiness – just three months after the attack on Pearl Harbor provoked America’s entrance into World War II – led to reports of an enemy attack and an hour of anti-aircraft bombardment into the night sky.The day before, the Californian coast had been fired upon by a Japanese submarine near Ellwood, the first shelling of the North American mainland in the war. Though minimal damage was caused, the bombardment was widely reported, causing some panic which led hundreds to flee the area.

Despite rumours of a cover-up, no proof could be found that any attack had taken place. A stray weather balloon was blamed for the start of the bombardment, with confusion exacerbated by anti-aircraft shell bursts, caught in searchlights, being mistaken for enemy planes.