Plutonium is isolated for the first time by Glenn Seaborg. 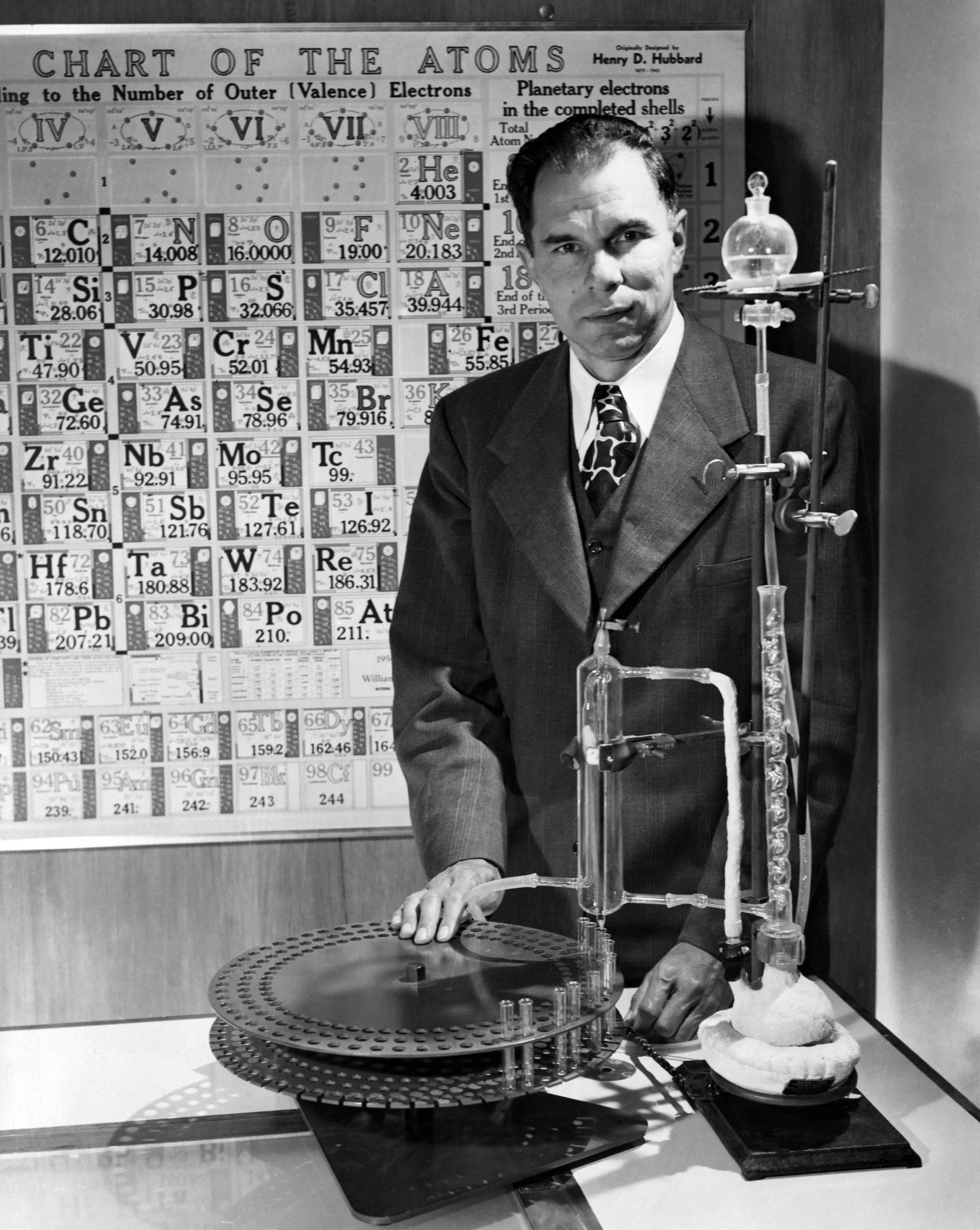 Seaborg, a world-renowned nuclear chemist, Nobel laureate in chemistry, professor and educator, and scientific advisor to ten U.S. presidents, is probably best known for the discovery of plutonium (1941) and for his leadership of the team that developed plant processes for its purification for use in the U.S. World War II atomic bomb program, and his “revolutionary” actinide concept , which led to the discovery of elements 95 and 96 between 1944 and 1945. Plutonium, the 94th element, was first produced and isolated at the Berkeley Radiation Laboratory, CA, USA, on December 14, 1940. The team of Glenn T. Seaborg used the lab’s cyclotron to bombard uranium with deuterons, which generated neptunium, element 93. Subsequent ?-decay resulted in the formation of plutonium.

Seaborg was also a codiscoverer of elements 97 and 98 and in 1951 he and Professor Edwin M. McMillan shared the Nobel Prize in Chemistry for their research on the transuranium elements. Subsequently, Seaborg was codiscoverer of elements 99–102, and in 1974 of element 106, officially named seaborgium in his honor in 1997. From 1961 to 1971 he chaired the U.S. Atomic Energy Commission, strongly supporting peaceful uses of atomic energy, including as a source of electricity.