Adolf Hitler signs the order to begin development the V2 rocket as a weapon. 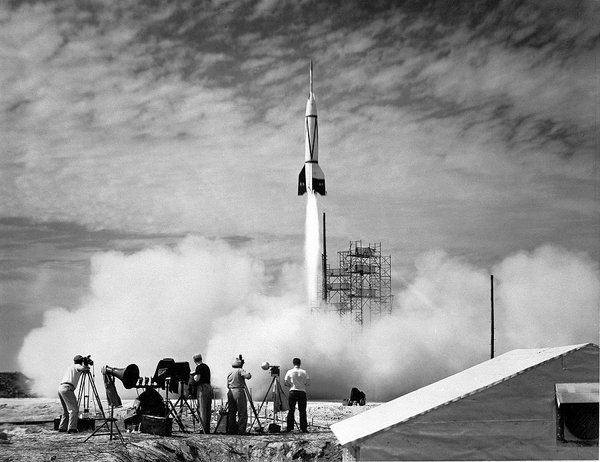 Early in World War II, Hitler was not particularly enthusiastic about the rocket program believing that the weapon was simply a more expensive artillery shell with a longer range. As the conflict progressed, Hitler warmed to the program and on December 22, 1942, authorized the A4 to be produced as a weapon. Though production was approved, thousands of changes were made to the final design before the first production missiles were completed in early 1944. Initially, production of the A4, now re-designated the V-2, was slated for Peenemunde, Friedrichshafen, and Wiener Neustadt, as well as several smaller sites.

This was changed in late 1943, after Allied bombing raids against Peenemunde and other V-2 sites erroneously led the Germans to believe their production plans had been compromised. As a result, production shifted to underground facilities at Nordhausen (Mittelwerk) and Ebensee. The only plant to be fully operational by war’s end, the Nordhausen factory utilized slave labor from the nearby Mittelbau-Dora concentration camps. It is believed that around 20,000 prisoners died while working at the Nordhausen plant, a number that far exceeded the number of casualties inflicted by the weapon in combat. During the war, over 5,700 V-2s were built at various facilities.