Rhodesia is expelled by the International Olympic Committee for its racist policies. 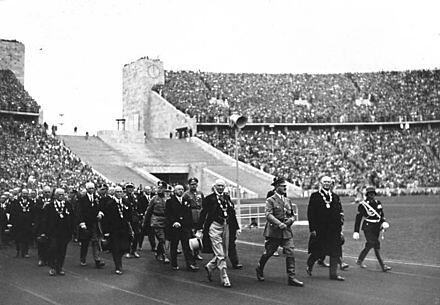 The International’ Olympic Committee withdrew its invitation to Rhodesia to compete in the Olympic Games. The decision followed a week of objections by black athletes from other African nations to Rhodesia’s participation in the Olympics because of that country’s racial policies.

The vote, announced by Avery Brundage, the committee president, was 36 in favor of withdrawal, 31 opposed and abstentions, an indication of the philosophical division that marked the two days of intense deliberation.

The racial issue, however, was not offered by the committee as the reason for the ousting. The Rhodesians’ failure to produce passports and prove they were British subjects as well as Rhodesian citizens, as stated on their Olympic identity cards, was given by Brundage as the technicality for withdrawing the invitation four days before the opening ceremonies.

But the growing concern of a mass withdrawal by black African nations undoubtedly presented a more realistic threat to the competitive aspect of the Games and overshadowed repeated committee support for Rhodesian participation.

The significance of the decision was best symbolized in the exuberance of Jean?Claude Ganga, secretary?general of the Supreme Council for Sport in Africa. He emerged from the meeting waving his arms and flashing the V sign for victory to other black Africans milling around the Bavarian Parliament building that is serving as the site for the I.O.C. sessions.