Florence Nightingale is sent to the Crimean War with 38 other nurses. 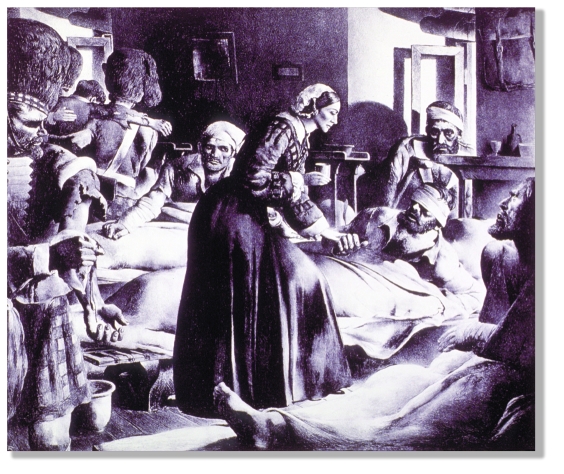 In the 21st of October 1954, Florence Nightingale brought a team of 38 volunteer nurses to care for the British soldiers fighting in the Crimean War, which was intended to limit Russian expansion into Europe. Nightingale and her nurses arrived at the military hospital in Scutari and found soldiers wounded and dying amid horrifying sanitary conditions.

The soldiers were poorly cared for, medicines and other essentials were in short supply, hygiene was neglected, and infections were rampant. Nightingale found there was no clean linen; the clothes of the soldiers were swarming with bugs, lice, and fleas, the floors, walls, and ceilings were filthy; and rats were hiding under the beds. Nightingale  brought food from England, cleaned up the kitchens, and set her nurses to cleaning up the hospital wards. A Sanitary Commission, sent by the British government, arrived to flush out the sewers and improve ventilation. Nightingale’s accomplishments during the disastrous years the British army experienced in the Crimea were largely the result of her concern with sanitation and its relation to mortality, as well as her ability to lead, to organize, and to get things done.