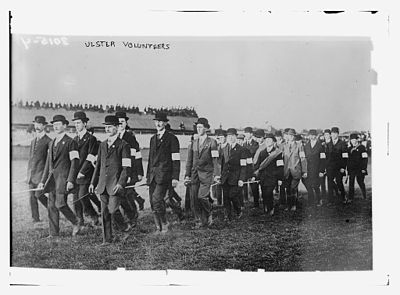 21 May: the UVF issued a statement:
From this day, we declare war against the Irish Republican Army and its splinter groups. Known IRA men will be executed mercilessly and without hesitation. Less extreme measures will be taken against anyone sheltering or helping them, but if they persist in giving them aid, then more extreme methods will be adopted… we solemnly warn the authorities to make no more speeches of appeasement. We are heavily armed Protestants dedicated to this cause.