The musical, Annie opens on Broadway. 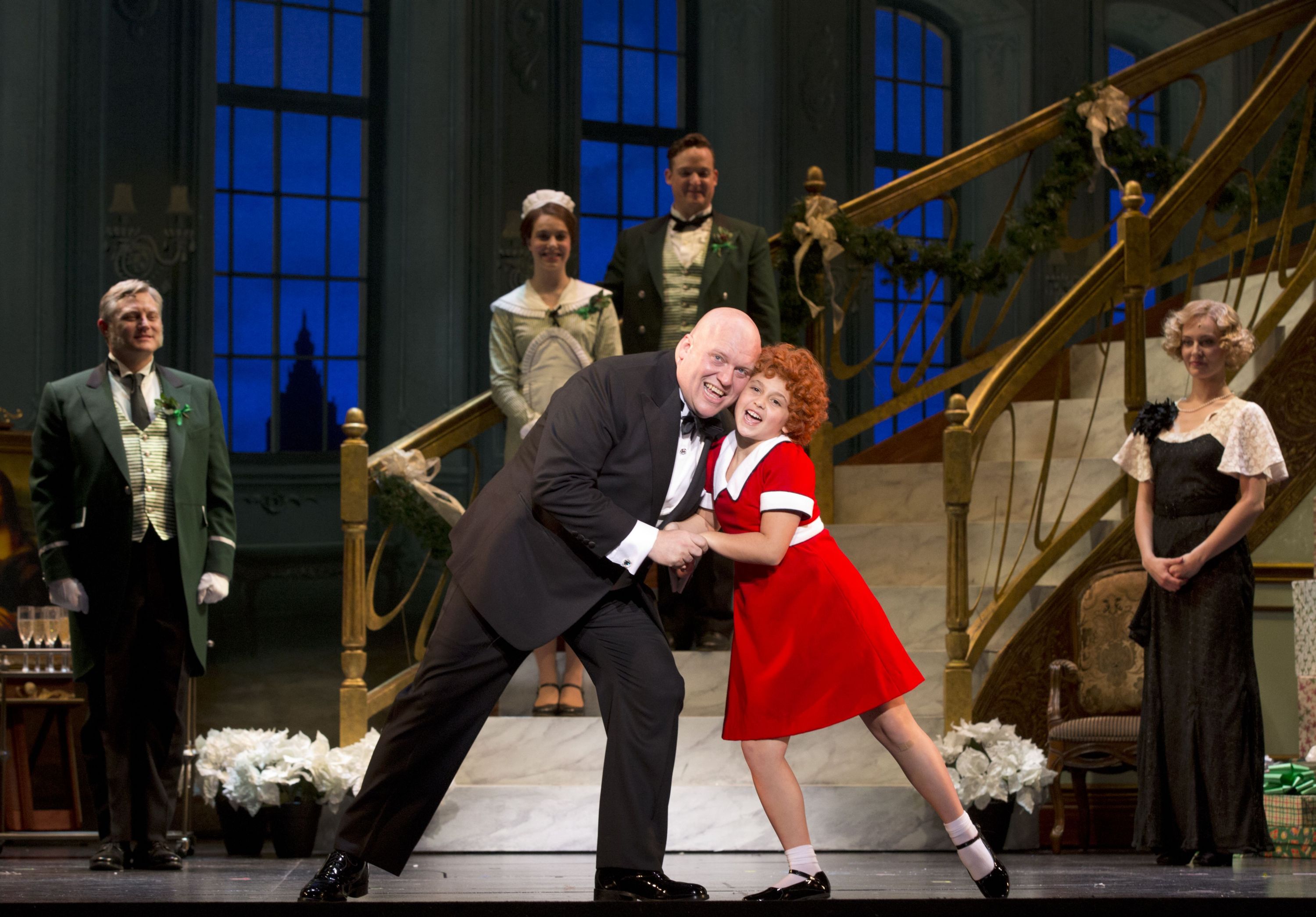 Annie is a Broadway musical based upon the popular Harold Gray comic strip Little Orphan Annie, with music by Charles Strouse, lyrics by Martin Charnin, and book by Thomas Meehan. The original Broadway production opened in 1977 and ran for nearly six years, setting a record for the Alvin Theatre. It spawned numerous productions in many countries, as well as national tours, and won the Tony Award for Best Musical. The musical’s songs “Tomorrow” and “It’s the Hard Knock Life” are among its most popular musical numbers.

The original Broadway production opened at the Alvin Theatre on April 21, 1977 and starred Andrea McArdle as Annie, Reid Shelton as Daddy Warbucks, Dorothy Loudon as Miss Hannigan, and Sandy Faison as Grace Farrell. Danielle Brisebois was one of the orphans. It was nominated for eleven Tony Awards and won seven, including the Best Musical, Best Score, and Best Book. Replacements in the title role on Broadway included then-child actors Shelley Bruce, Sarah Jessica Parker, Allison Smith and Alyson Kirk. Replacements in the role of Miss Hannigan included Alice Ghostley, Dolores Wilson, Betty Hutton, Marcia Lewis, and June Havoc. Ann Ungar understudied and played for Dorothy Loudon in the role of Miss Hannigan. She also understudied Alice Ghostley and Dolores Wilson. The show closed on January 2, 1983, after a total of 2,377 performances, setting a record for the longest running show at the Alvin Theatre, until it was surpassed by Hairspray in 2009.

Share on Facebook Share
Share on TwitterTweet
Share on LinkedIn Share
Famous Words of Inspiration...
"When I was a boy of 14, my father was so ignorant I could hardly stand to have the old man around. But when I got to be 21, I was astonished at how much the old man had learned in seven years."
Mark Twain
— Click here for more from Mark Twain