The Great Slave Auction, the largest such auction in United States history, starts. 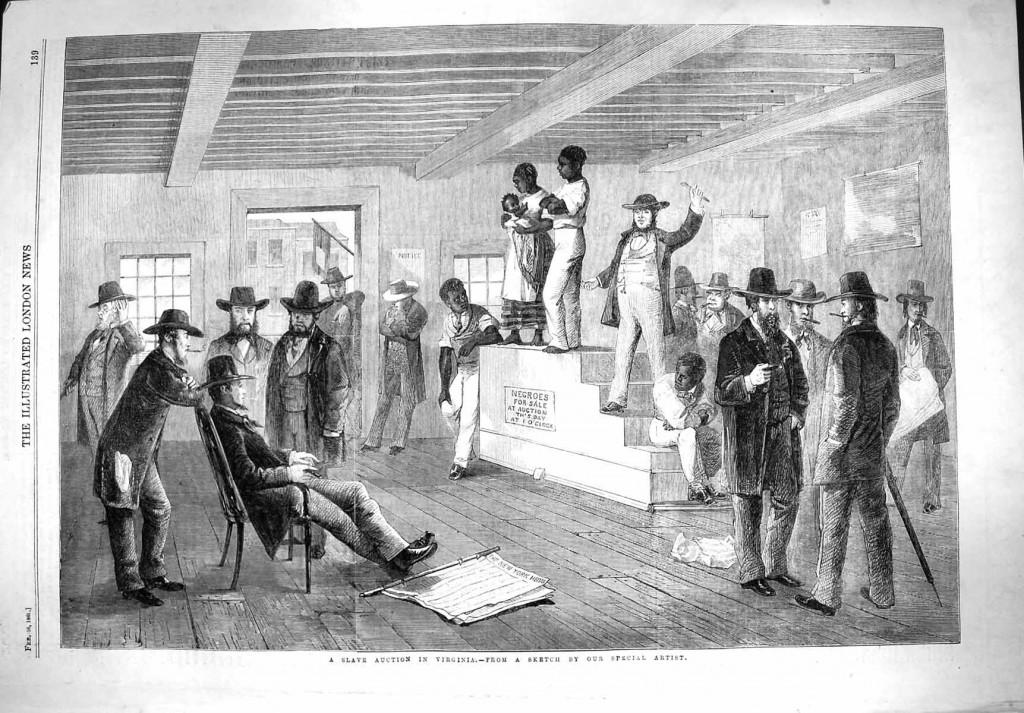 The Great Slave Auction in March 1859 is regarded as the largest sale of enslaved people before the American Civil War. To satisfy significant debts, absentee owner and Philadelphian Pierce Mease Butler, authorized the sale of approximately 436 men, women, children, and infants to be sold over the course of two days at the Ten Broeck Race Course, two miles outside of Savannah, Georgia.

he Butlers of South Carolina and Philadelphia were owners of slave plantations located on the Sea Islands of Georgia. The patriarch of the family, Major Pierce Butler, owned hundreds of slaves who labored over rice and cotton crops, thus amassing him the family’s wealth. Butler was one of the wealthiest and most powerful slave owners in the United States. Upon his death, his biggest dilemma was which heir to leave his wealth. Estranged from his son, Major Butler left his estate to his two grandsons, Pierce M. Butler and John A. Butler.

Pierce M. Butler was everything his grandfather detested in men. Pierce was devoid of business sense and degenerate in his personal habits. Butler frequently engaged in risky business speculations, which resulted in financial loss in the Crash of 1857, and his elaborate spending. However, it would be his incorrigible gambling that landed him in the most trouble. Butler had accrued a considerable amount of gambling debt over the years. To satisfy his financial obligations, the management of Butler’s estate was transferred to trustees. At first, the trustees sold Butler’s Philadelphia mansion for $30,000 as well as other properties; unfortunately, it was not enough to satisfy creditors. The only commodities of value that remained were the slaves he owned on his Georgia plantations.